Warner Bros. Home Entertainment will deliver a Halloween treat this fall in the form of a new Scooby-Doo movie called Happy Halloween, Scooby-Doo! The Mystery,Inc gang will encounter Elvira, Bill Nye the Science guy and the Batman villain Scarecrow in their latest caper. SYFY Wire had the exclusive report along with a trailer, which you can check out below.

Happy Halloween, Scooby-Doo! is written and directed by Maxwell Atoms, the creator of The Grim Adventures of Billy & Mandy, while Sam Register (Batman: The Killing Joke, Gremlins: Secrets of the Mogwai) will serve as executive producer. The storyline is described as follows:

“Scooby-Doo and Shaggy’s favorite holiday is upon us! With fake monsters and candy galore, Halloween is heaven for these hungry foodies going door-to-door. But this year, their sweet holiday turns sour when the neighborhood pumpkin patch is infected by toxic ooze, creating high-flying jack-o-lanters, and a king-sized pumpkin leader squashing everything in its path. It’s up to Scooby-Doo and the gang as they team up with their pals, Bill Nye the Science Guy and Elvira, Mistress of the Dark, to solve this mystery of gigantic proportions and save Crystal Cove!”

In addition to Elvira (Cassandra Peterson) and Bill Nye voicing their own characters, Happy Halloween, Scooby-Doo! features solid voice-acting talent including Frank Welker as Scooby and Fred, Matthew Lillard as Shaggy, Grey Griffin as Daphne and Kate Micucci as Velma.  The villain of the film, Scarecrow will be voiced by 80’s icon Dwight Schultz.

While there is not yet a specific release date set, the film is scheduled to arrive on Digital and DVD this fall. Stay tuned to Horror News Network for the latest on Happy Halloween, Scooby-Doo! 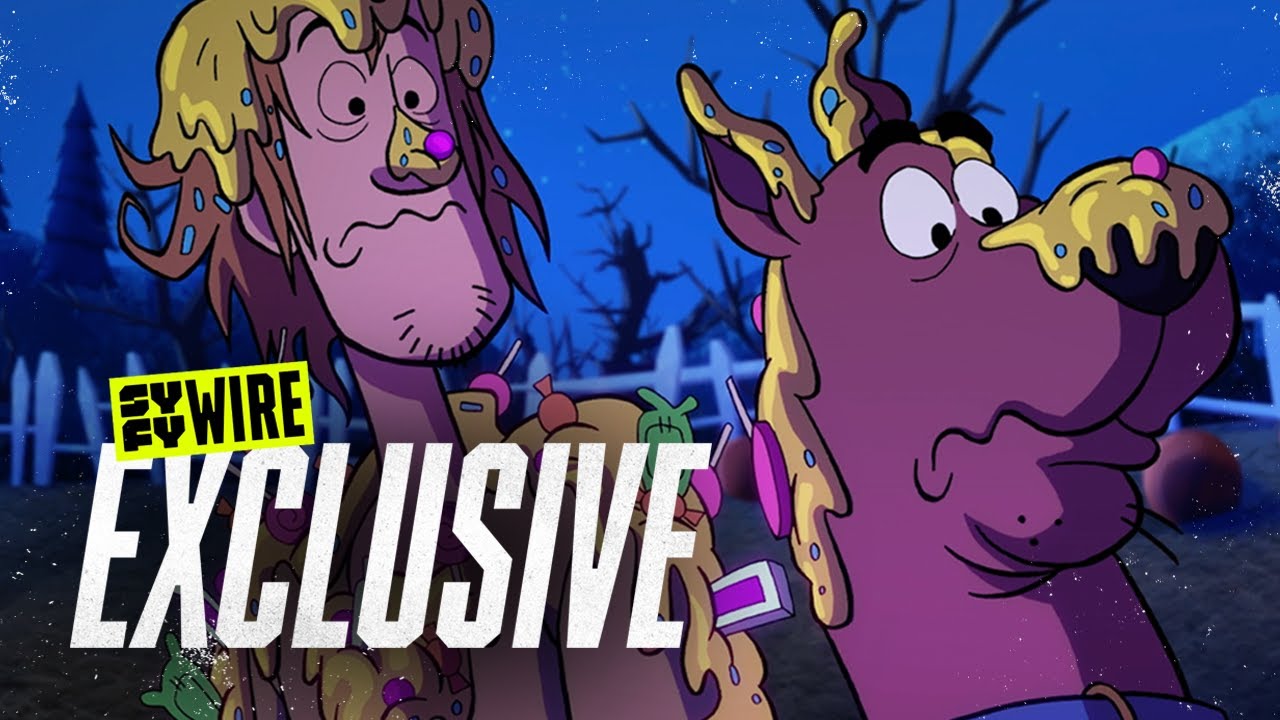