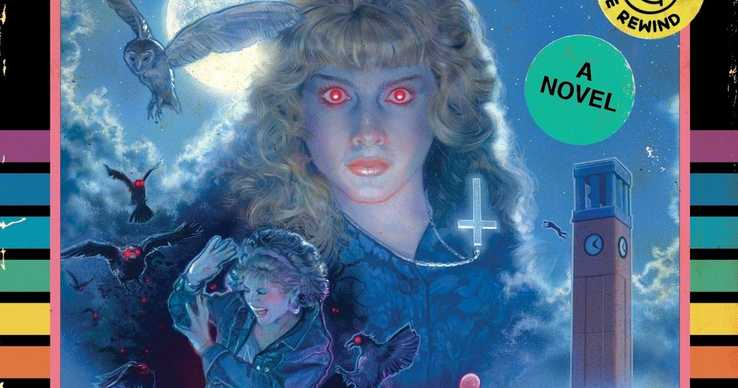 According to an exclusive report by The Hollywood Reporter, Grady Hendrix’s novel My Best Friend’s Exorcism, is about to get the silver screen treatment.   Hendrix’s novel, a tale that blends elements of humor, teen drama, and the paranormal, will be produced by Christopher Landon, the writer-director of the Happy Death Day franchise.

It is unclear at this time if Landon will direct the film, but initial signs are suggesting that the director may very well helm My Best Friend’s Exorcism.  The rights to Hendrix’s book were secured by Endeavor Content and Jenna Lamia (Awkward, 90210) will pen the adaptation.  Hendrix will also serve as a creative consultant.

My Best Friend’s Exorcism is Hendrix’s third property to be optioned in the last year, joining “…Horrorstor, about an IKEA that contains more frightening sights than just flimsy furniture…” and Chelsea Stardust’s Satanic Panic, which is described as “…an After Hours-esque dark comedy in a supernatural setting.”

Hendrix has also been busy writing, turning out his latest novel from Quirk Books, We Sold Our Souls in September.  Hendrix also gained wide notoriety for his non-fiction ode to the forgotten horror novels of his youth, the gonzo coffee table book, Paperbacks from Hell (which Horror News Network reviewed last year).  The prolific author even found time to help bring Fangoria back from the dead, with an article in the first issue of the relaunch entitled “In Search of Bigfoot Fiction”.

Stay tuned for more updates on My Best Friend’s Exorcism and the rest of Henrix’s projects, right here at your home for horror journalism, Horror News Network.