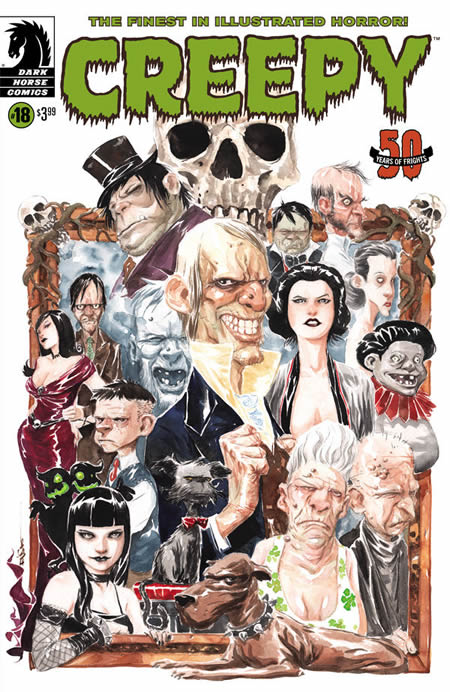 This Wednesday, October 8, 2014, marks the 50th anniversary issue of CREEPY! In case you’re confused, we don’t mean 50 issues, we mean 50 years. That’s older than our staff and most of our readers. CREEPY has taken on many forms over the years but it has always been a fantastic anthology series that features many of the best in the business. CREEPY was certainly one of the early favorites of many of the readers here during it’s early days in Warren Publishing. Dark Horse later relaunched the series in 2009 and it has been a favorite of many new fans since. Here’s wishing you many more, Uncle Creepy!

Be sure to pick up this piece of history from your local comic shop!

Synopsis: CELEBRATING A HALF-CENTURY OF TERROR!