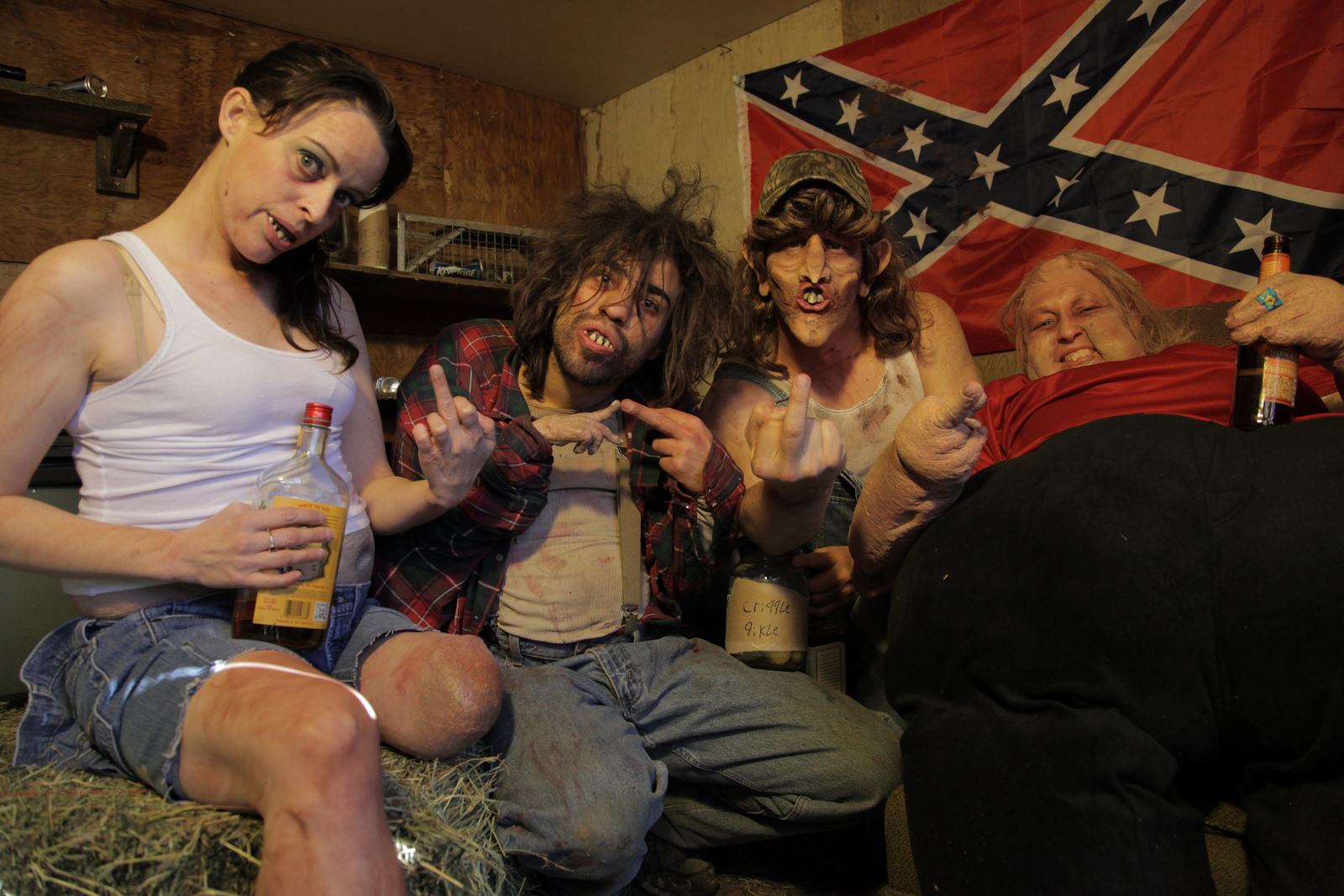 Although it seems like there is an unlimited supply, finding a good horror comedy is tough these days. While both are equally cathartic, transforming screams into laughs isn’t as easy as it might seem,  The best horror comedies push the already surreal aspects of the horror genre to absurdly ludicrous lengths, but, at the same time, also have important insights into the themes that make horror so crucial. Horror comedies like Young Frankenstein, American Werewolf in London, Shaun of the Dead, Zombieland, Dead Alive, The Fearless Vampire Killers, Evil Dead II, and Dead Snow: Red vs. Dead all walk a fine line between reverence and irreverence, celebrating both the joys and ridiculousness of the genre. What separates these classics from the flood of mediocre horror comedies that litter Netflix is the ability to go deeper than the surface cliches of the genre and use different modes and styles of comedy (from slapstick to social commentary) to show us that horror is a mirror in which we see the best and worst, the sorrow and the humor, the agony and the ecstasy of existence. It’s the difference between The Return of the Living Dead and A Haunted House, Abbott and Costello Meet Frankenstein, and all the Scary Movies put together. While not quite on the level of classic, Jimmy Lee Combs’s Hans Crippleton: Talk to the Hans is a welcome addition to the horror comedy genre, deftly combining wicked satire and over the top physical comedy to ravage such sacred horror cows as paranormal reality shows, haunted house/Halloween attractions, hillbilly horror, and the ubiquitous zombie obsession. More importantly, Combs’s film both lambastes and celebrates the incestuousness of horror culture, a wonderfully close knit community that laments that there’s nothing new in horror but is also hypercriticial of any attempt at innovation in the genre. Hans Crippleton: Talk to the Hans is a mockumentary focusing on Hans Crippleton, a deformed yokel who uses his odd appearance, deranged family members, and the zombie curse that has haunted his family since the Civil War to  become famous in the horror community. Documentarian Barnaby Hunt (played with dead pan earnestness by Andy Hankins) records Hans’s strange life living with his inbred family on a dilapidated farm, going to horror conventions, making a spectacle out of himself on a city street, and auditioning/judging gullible horror fans.  Hans Crippleton (outrageously acted by Kevon Ward) is a pathetic figure (a hunchback with a tiny hand) and yet he has a certain charm that makes him lovable in his own horrible way. His birth is graphically shown as he drops out of his mother’s womb as she’s chased by a zombie, the infant dragged along by the umbilical chord. While the majority of the film is disgustingly broad (imagine if a young Peter Jackson directed a horror version of The Kentucky Fried Movie) and takes some easy pop shots at rednecks and Southern culture, its darkly humorous observations and criticisms about horror filmmakers, horror attraction workers, horror film producers, and horror fans are loving but also dead-on accurate. Barnaby Hunt’s anger over the lack of citations and credit he believes he deserves in an article on zombies in a horror magazine strikes right at the heart of those head shaking aspects of horror fandom that prevent the community from growing beyond petty trainspotting and squabbling over territory nobody wants anyway. Combs does an excellent job of deflating the horror snob’s over-inflated ego with sheer stupidity, nonsense, and poor taste, reminding us all that the horror genre is meant to be fun and entertaining, an escape from the real life horrors of our lives. When the Crippletons actually band together and try to help Hans, the satire turns from the family to the viewer, making us face our own voyeuristic and macabre interests, the very interests that draws fans to horror in the first place. Hans Crippleton: Talk to the Hans is proof positive that there is plenty of comedy to still be mined from the horror genre and Jimmy Lee Combs is just the director to do it.