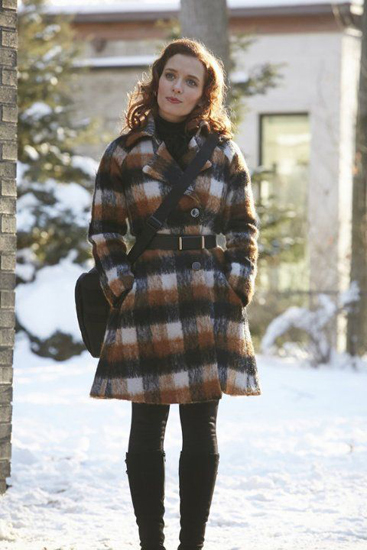 ‘Hannibal’ Weekly Wrap Up – “…And the Woman Clothed with the Sun”

‘Hannibal’ Weekly Wrap Up – “…And the Woman Clothed with the Sun”

Synopsis: The search for serial killer Francis Dolarhyde heats up as Will delves into dangerous territory. He envisions himself in Dolarhyde’s psyche and contacts Hannibal Lecter for help in profiling the killer.

Our Thoughts: This week begins with Will asking for Hannibal’s help on the Tooth Fairy case. Which Hannibal does in exchange for seeing the file. Hannibal knows a disturbing amount about Will’s life just from smelling him.

We flash back to when Hannibal uses Abigail to set up Will and exactly what he did with her and said to her. He drains her blood, and they spray it over the room, and he talks about cutting flesh from her later use.

Hannibal has a lot of information for Will about the killer. Watching them travel into the crime scenes in their mind’s eye was quite interesting. Hannibal speaks more about Will’s life than he likes. Alana threatens Hannibal, in attempt to control whatever he’s planning with Will.

Meanwhile, Dolarhyde watches the videos he takes of the murder scenes. He believes he’s going through a transformation, as we see his new tail.

Will and Crawford investigate the details of the crimes, including the deaths of the family pets, trying to find the common threads that tie them together. It was funny to see the forensic team more upset about the death of the animals than the people. Which quite honestly, is how I feel watching any kind of horror.

Freddie Lounds pops up again causing trouble for Will. At one of the crime scenes no less.  She threatens to expose his involvement if he doesn’t include her to help catch Dolarhyde.

Dolarhyde uses a photo lab and meets a blind woman named Reba, played by, Rutina Wesley, who he takes a liking to. Know by many for her role as Tara Thorton in ‘True Blood’, she really shows off her skills in the role of Reba, who is extremely different than Tara.

Will begins having nightmares about the case and difficulty dealing with the visions. I think we all saw that coming.   The episode wraps up with Dolarhyde calling Hannibal and telling him exactly what he is “becoming.”

I’m curious to see what Hannibal has up his sleeve, as he manipulates the situation to his advantage and if they can catch the Tooth Fairy before he strikes again. Until next week, Fannibals!