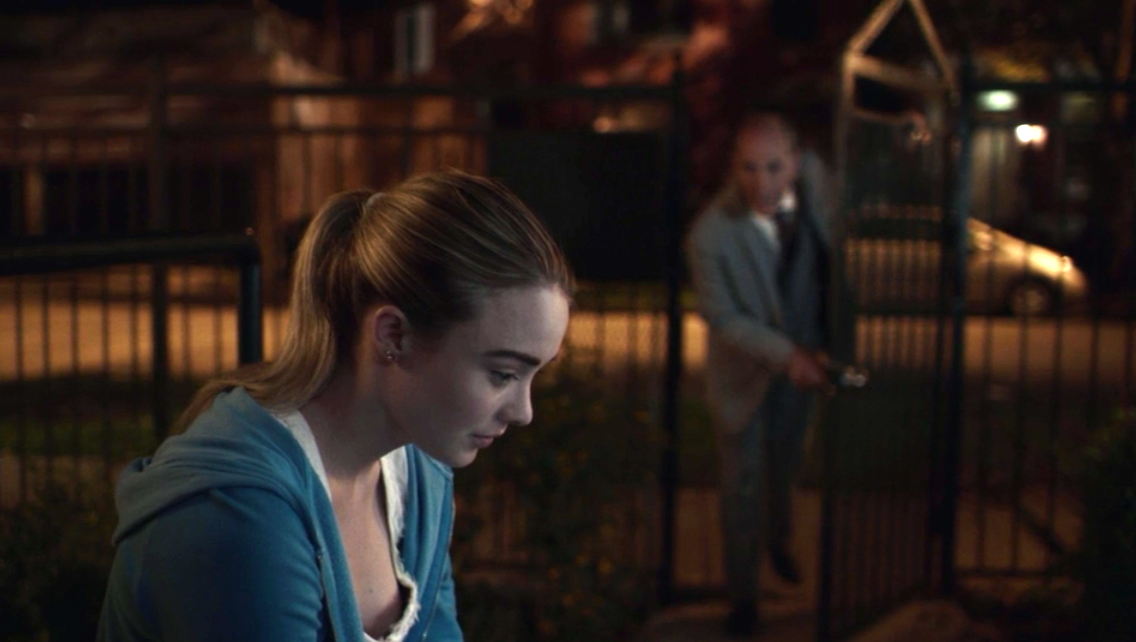 Although fans of Fox’s The Exorcist were thrilled to learn that the series had been renewed for Season Two so late in the game, many were disappointed that the show would no longer feature the fan-favorite characters of the Rance Family of Season One. Geena Davis’ Angela, Hannah Kasulka’s Casey, Brianne Howey’s Kat, and Alan Ruck’s Henry had a lot to do with the excellent character-driven storytelling of the first season, and Season Two simply hasn’t been the same without them. Fortunately, there’s a light at the end of the tunnel!

Series creator Jeremy Slater took to Twitter to promote Friday’s episode by posting a 41-second clip in which Alfonso Herrera talks a little bit about the plot of the current episode. During the clip, Hannah Kasula walks into the background, and Slater and Herrera comedically avoid mentioning her or acknowledging her presence and she walks out of frame. You can watch the clip for yourself below:

THE EXORCIST is back tomorrow with a brand new episode! Here's a very special message from @ponchohd telling you why you should watch: pic.twitter.com/ex1h9xPznS

For those who have seen Friday’s episode, you know that Father Bennet (Kurt Egyiawan) and Mouse (Zuleikha Robinson) discuss heading to Chicago to check in on some of the freakish occurrences of last season. That means we’ll probably see Casey this coming Friday! Hopefully, the rest of her family pop up as well! There’s nothing like a good old fashioned family reunion to bring this series full circle. Fingers crossed!

Stay tuned to Horror News Network for more news on The Exorcist as it breaks!