Fans of Hammer Horror may have to stake their wallet this year with all of the new special edition blu-rays from Scream Factory, including the just released Kiss of the Vampire: Collector’s Edition.

The new blu-ray edition is a 2K scan of the film and contains a coffin-load of bonus features such as a new audio Commentary with author/film historian Steve Haberman and filmmaker/film historian Constantine Nasr, as well as two other featurettes: The Men Who Made Hammer: Composer James Bernard and The Men Who Made Hammer: Production Designer Bernard Robinson.  The disc includes a number of trailers, tv spots, and the complete TV version of the film with a commentary track by Troy Howarth and Nathaniel Thompson.

The official synopsis by Scream Factory is as follows: “Lost on the way to their honeymoon, a young couple stumbles upon a mysterious family of vampires and their unspeakably evil leader. When a wrong turn leaves newlyweds Marianne and Gerald Harcourt stranded in a remote Bavarian forest, they have no choice but to accept the hospitality of the hypnotic Dr. Ravna, distinguished lord of a nearby castle. Ravna uses his “children” to lure the newlyweds to his lair, and soon they are plunged into a nightmare of horror and deception from which there may be no escape. Their only hope is Professor Zimmer, who calls upon an ancient ritual in a desperate attempt to destroy the vampires and free Marianne from Ravna’s power.” 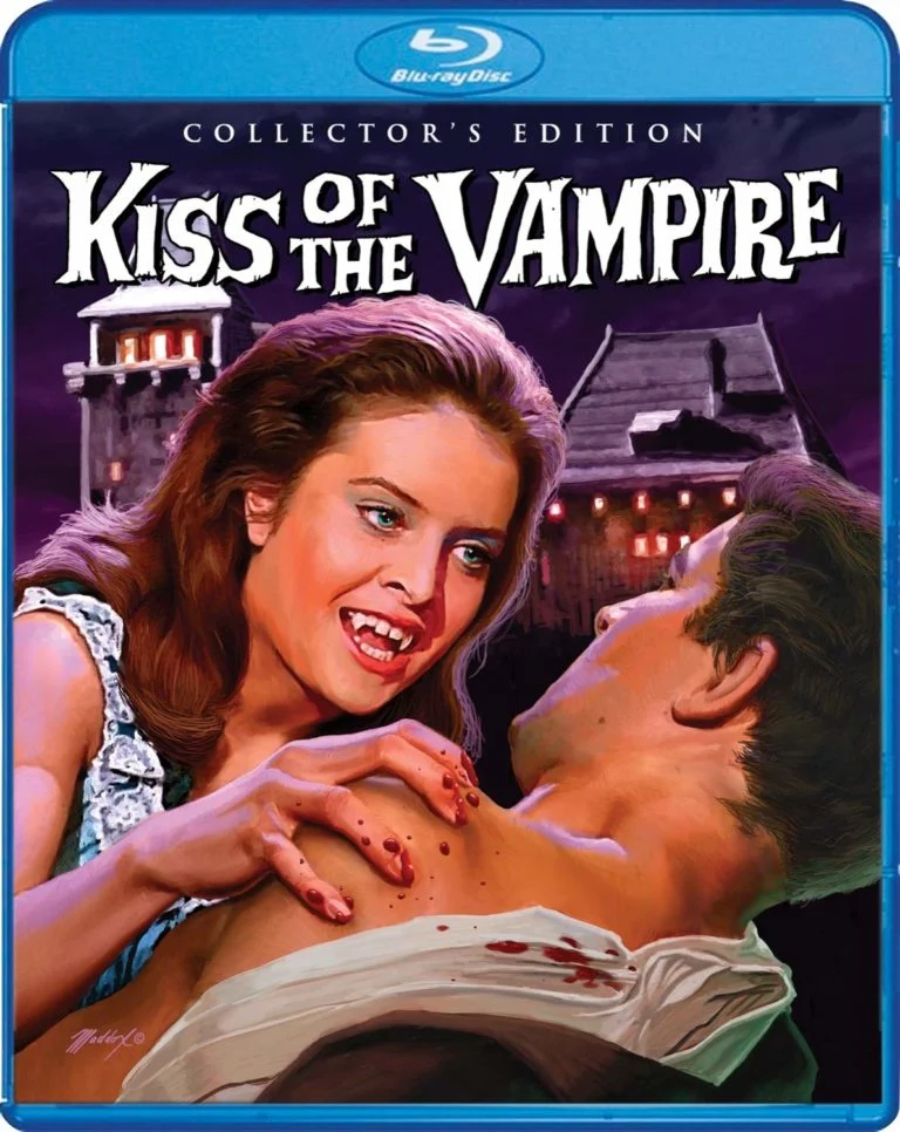