Make no mistake–Michael Myers is back. And he’s up to his old tricks.

Halloween Kills–the penultimate chapter in the legendary horror franchise–hits theaters Oct. 15 and, just in case fans needed more incentive to see it, several new and frightening images were revealed this week, per screenrant.com.

Those images on this page–courtesy of Total Film–run the gamut of emotions from fear and trepidation to outright savagery. In one photo, Michael viciously attacks a hapless firefighter. In another, Laurie (Jamie Lee Curtis), daughter Karen (Judy Greer) and granddaughter Allyson (Andi Matichak) are seen catching their collective breath following the horrific fire. The third image shows Michael doing what he does best at the expense of Cameron (Dylan Arnold), Allyson’s boyfriend.

The R-rated Universal Pictures film–directed by David Gordon Green from a screenplay he wrote with Scott Teems and Danny McBride–reportedly picks up immediately after 2018’s Halloween. And, as the synopsis says, “the Halloween night when Michael Myers returned isn’t over yet.” Not by a long shot.

As the film develops, Laurie inspires Haddonfield to rise up against the “unstoppable monster.” She forms a “vigilante mob that sets out to hunt Michael down–once and for all.” Laurie says it best: “Evil dies tonight.” 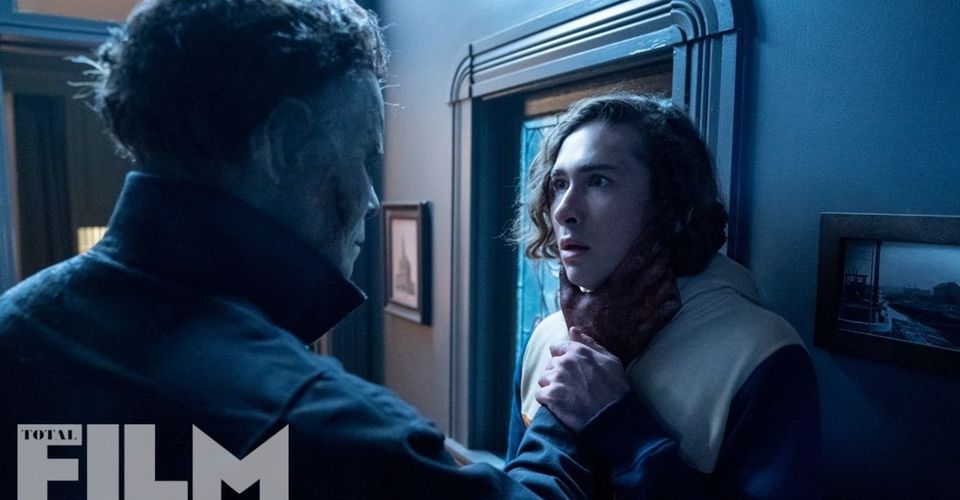 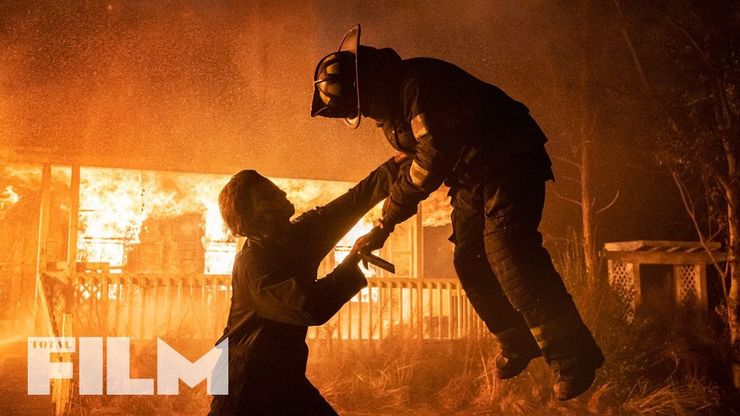 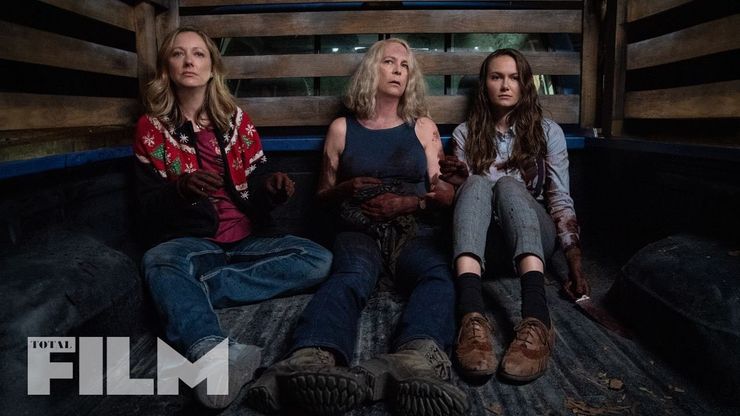