‘Halloween Kills’ Clip: This One Is “The Town’s Story”

This time, it’s the mob against the monster.

A new featurette for the much-hyped Halloween Kills shows this installment is about much more than Laurie Strode vs. Michael Myers, as reported by comicbook.com. As Jamie Lee Curtis says in the clip–check it out below–this is “a very different movie.”

Halloween Kills–directed by David Gordon Green from a screenplay he wrote with Scott Teems and Danny McBride–hits theaters and Peacock next Friday, Oct. 15, and picks up mere minutes after Strode (Curtis), her daughter Karen (Judy Greer) and her granddaughter Allyson (Andi Matichak) left Myers caged and burning in Strode’s basement, as shown in the finale of 2018’s Halloween.

But, as fans everywhere might suspect, Myers frees himself from the raging inferno and another bloodbath starts in Haddonfield. This time, though, the Strode women rally the townspeople, who form a vigilante mob that sets out to hunt down Myers…once and for all.

Keep reading Horror News Network for any last-minute updates on Halloween Kills, and for everything new concerning Halloween Ends–which lands in theaters Oct. 14, 2022 and may (or may not) be the final chapter in the saga. Stay tuned. 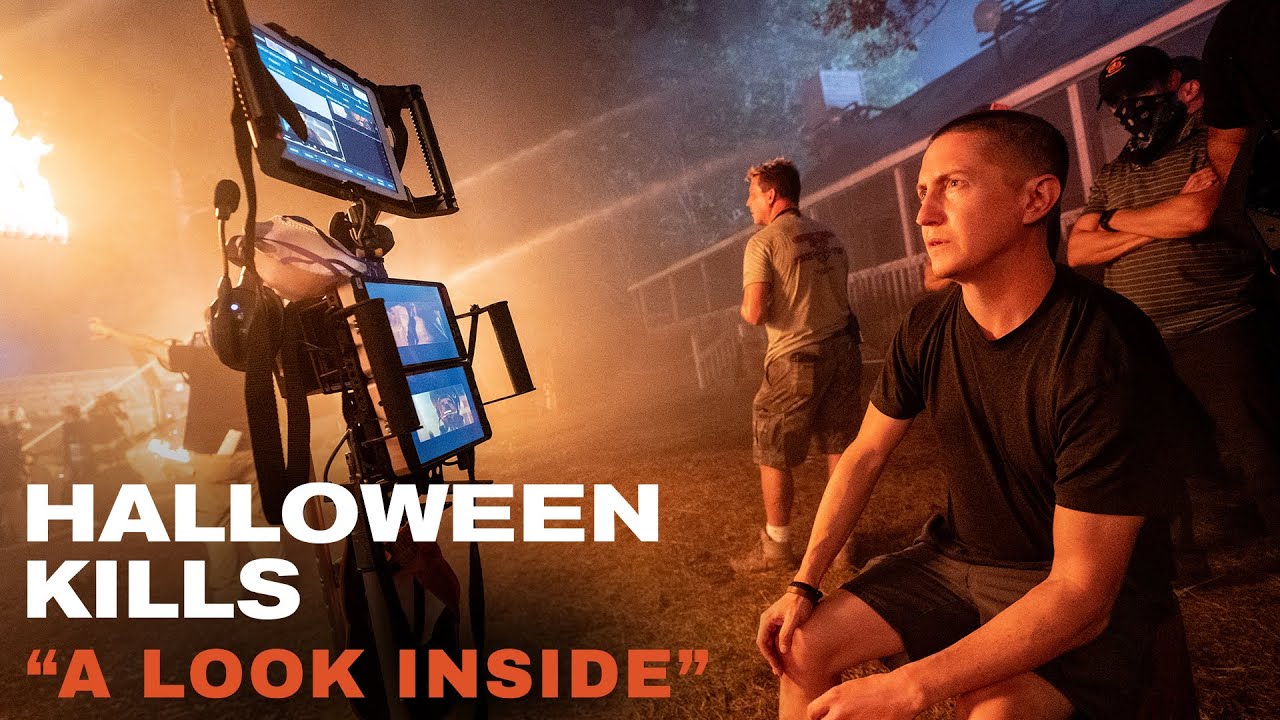