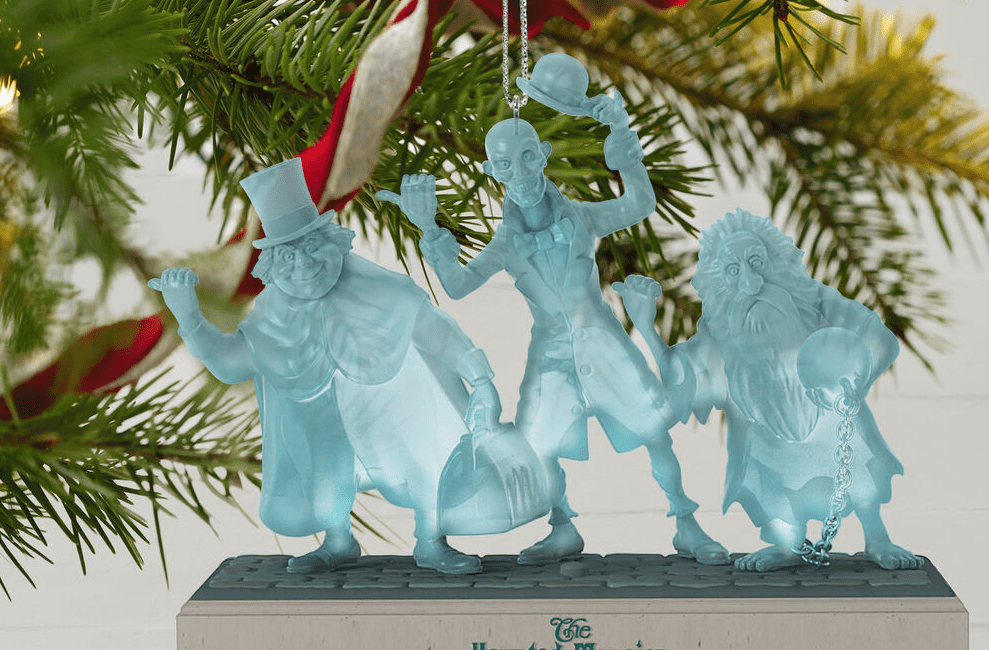 For some people, the holidays are never far away, especially if you happen to work at Hallmark.  In recent years, the company that you probably most associate with greeting cards has been doing a brisk business with ornaments based on intellectual properties such as Star Wars and Harry Potter.

This holiday season, Hallmark even has some ornaments that would make any horror fans proud to see dangling from their tree, including new versions from the world of Jaws, The Haunted Mansion, and Stranger Things.  All three favorites appear in the 2020 Dreambook, the official Hallmark holiday digital preview catalog.

Jaws fans may recall that back in 2014, Hallmark released their “Great White Menace” keepsake ornament, featuring old Bruce with three yellow barrels tethered to him.  This season captures the moment from Jaws when the shark decides he’s had enough of the crew of the Orca, right before Officer Brody tells the Great White to “smile”, or something to that effect…

Haunted Mansion maniacs will be thrilled to add the classic Hitchhiking Ghosts scene to their tree this year with Ezra Beane, Professor Phineas Plump and Gus. Even better, “…when you press the button on this Christmas ornament to make the happy haunts light up and play audio from the beloved attraction (battery-operated).”

And for fans of Stranger Things, the Demogorgon will be stalking not only the unfortunate town of Hawkins, Indiana but also your Christmas tree, if you choose to purchase this creepy critter.

The Haunted Mansion ornament materializes first, on  July 11, followed by Stranger Things and Jaws on October 3. 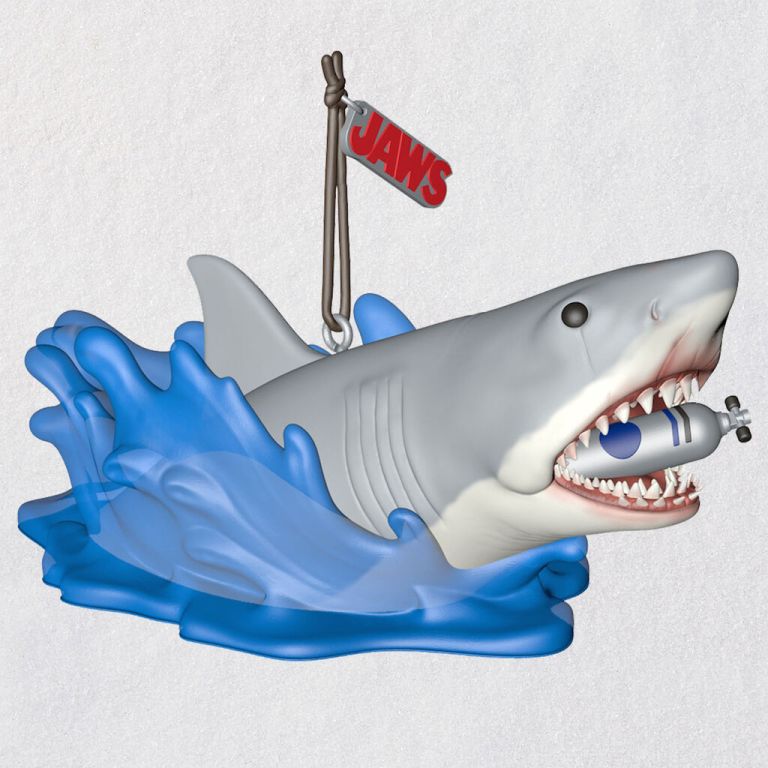 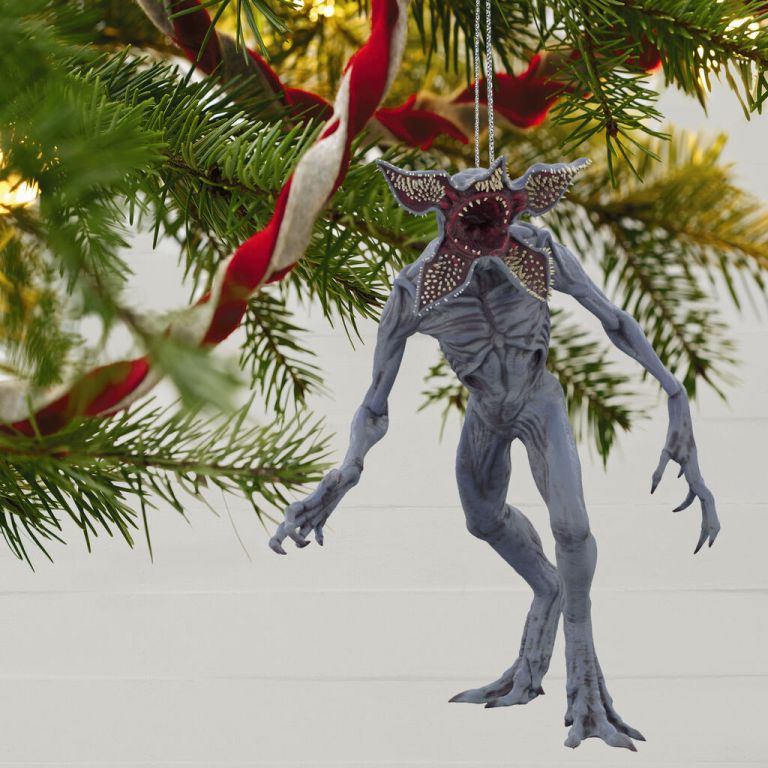