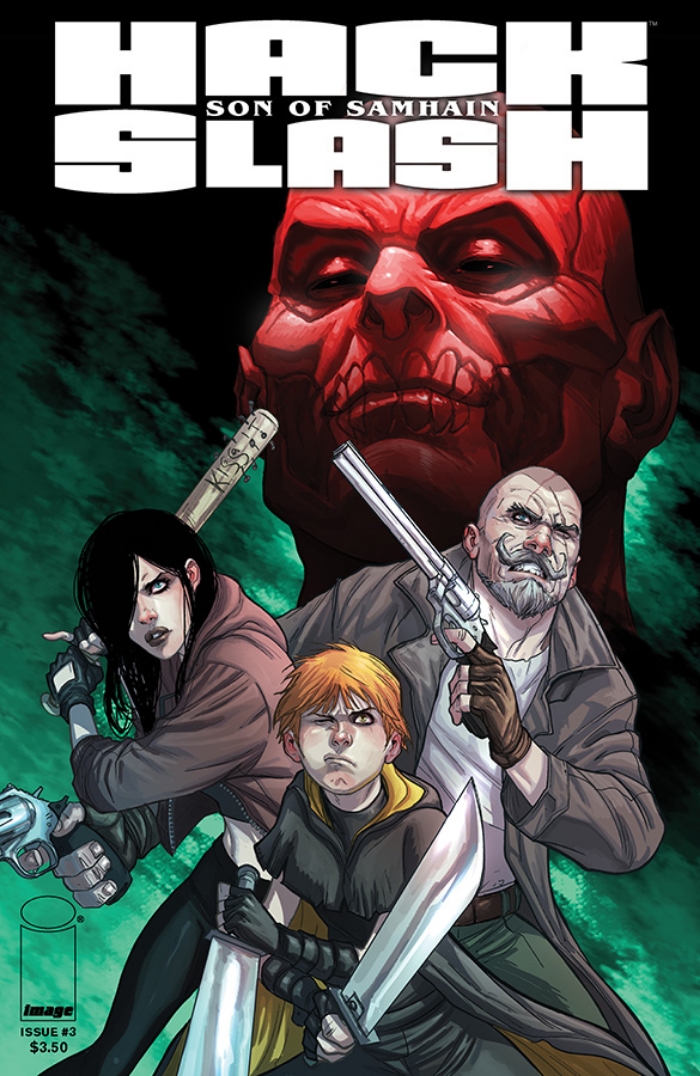 Image Comics has provided us a preview of the new Hack/Slash: Son of Samhain comic.

Cassie enlists the help of an old friend to uncover the secrets of October’s origins. Meanwhile, with the God Beast at his side, Morinto musters an army of monsters to wage war on mankind.