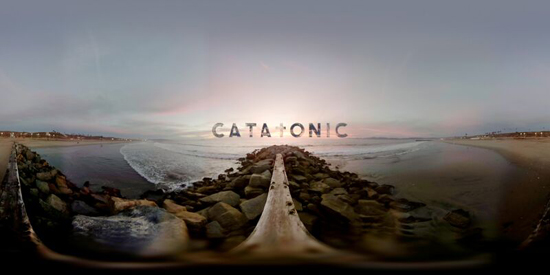 Vrse.works Creator Guy Shelmerdine’s virtual reality experience,   “Catatonic,”   is now available to download on the Vrse app for iPhone iOS. “Catatonic” is an immersive   journey through   an insane asylum in which the audience, bound to a wheelchair, undergoes a sensory-shocking horror experience. In addition to being available to download/stream on the Vrse app on Android, Samsung Gear and 360 Desktop, “Catatonic”   will be accessible for the first time on Vrse’s iPhone app where users can watch through the 360 Magic Window feature or full immersion through headsets like Google Cardboard. The release on iOS comes just in time for horror enthusiasts looking for a good scare on Halloween.

“Catatonic”   was directed by Guy Shelmerdine, who for 20 years has been a force in advertising, commercials, music videos and short films. The experience was captured on location at a derelict mental hospital in Pasadena, CA with Vrse.works’ proprietary VR camera systems. “Catatonic’s”   production value and cinematography bridge the stark terror of a horror film with the inescapable immersion of virtual reality. In the virtual world of “Catatonic”,   audience members become mental patients.

“I wanted people to feel like they were climbing aboard a roller coaster headed straight into hell —a ride that they cannot escape from,” says Vrse.works creator Guy Shelmerdine. “Catatonic   offers a glimpse of the overwhelming power of experiencing movies in VR. You are not a spectator. You are IN the film.  I built the tension slowly, letting a deep sense of foreboding fill the viewer with dread before anything even happens. The film is a journey towards our darkest fears.”

The experience premiered at SXSW earlier this year as a full immersion sensory experience where the audience was ushered into a custom-built wheelchair by nurses in 1940s uniforms. The design of the chair resembles a padded cell: a unique blend of comfort and paralysis. In the virtual environment, the patient/audience is wheeled through a psychiatric wing, experiencing the full brunt of madness within. Along with the 360º 3D immersion of VR, the patient also experience vibrations emanating from a Buttkicker™, built into the base of the wheelchair. The many moving parts of ““Catatonic”     build to a cacophony of terror and depravity one has to experience to believe.

“Catatonic”   was written by Guy Shelmerdine & Edward Robles. It was produced by Patrick Milling Smith and Chris Milk of Vrse.works, with cinematography by Sebastian Pfaffenbichler, editing by Cass Vanini of Work Editorial, and music by Drazen Bosnjak of Q Department. Stitching and post effects were achieved by MPC VR and Animatronics were provided by Legacy FX.

For best experience please be seated.

CATATONIC is available to watch on the Vrse app www.vrse.com