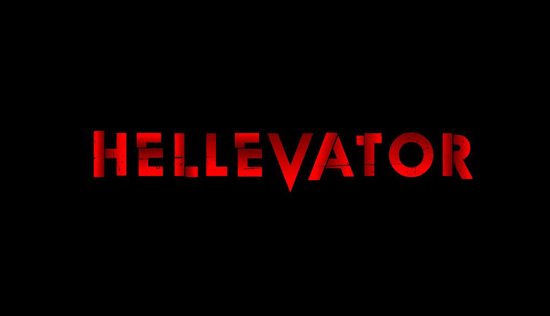 The terrifying eight episode genre-bending series from Blumhouse, the team that brought the world the “Paranormal Activity,” “Insidious,” “Ouija” and “The Purge” franchises, dares contestants to survive a series of challenges from the depths of an abandoned slaughterhouse.  The new series continues GSN’s growth into “gamifying” cultural trends, including the successful SKIN WARS and STEAMPUNK’D.

In HELLEVATOR, a team of three friends rides a haunted elevator into various levels of the abandoned slaughterhouse. One player must get out on each floor and conquer a frightening challenge in order to earn money for the team. If they don’t make it back in time, the elevator moves on without them. Participants can earn up to $50,000 by properly completing their challenges, including the final challenge – The Labyrinth – where the surviving contestants work together to face their most difficult and terrifying challenge in a mad-dash race to accumulate more money.  Horror film icons Jen and Sylvia Soska, aka the “Twisted Twins,” serve as masterminds behind the scenes, pulling the strings throughout the game, taking delight in the horror and leaving contestants struggling to remember “it’s just a game.”

HELLEVATOR is produced by Matador and Blumhouse Productions in association with Lionsgate Television. Executive Producers are Jason Blum (“Paranormal Activity,” “The Purge,” “Ouija” and “Insidious”), who won a 2014 Emmy® Award for “The Normal Heart,” and was nominated for an Academy Award® for “Whiplash,” Jay Peterson, and Todd Lubin of Matador (“Lip Sync Battle”) and Shye Sutherland (“Wipeout,” “Bullseye”).