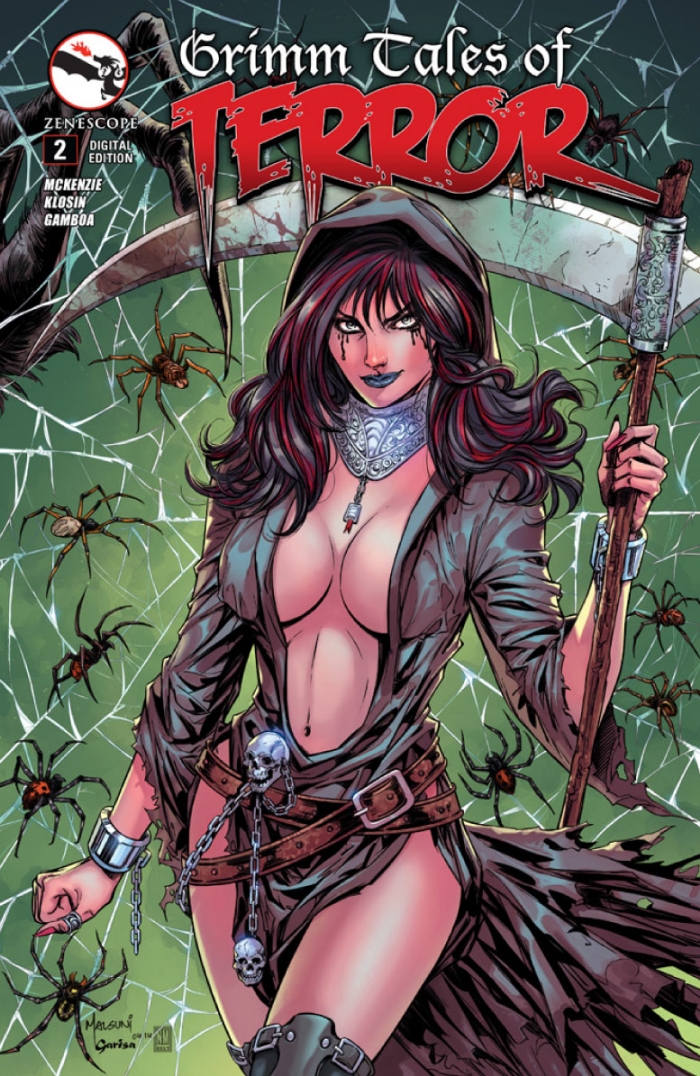 Zenescope Entertainment has provided us a preview of the new Grimm Tales of Terror comic.

Inspired by Tales From the Crypt, Twilight Zone, and Creep Show, Zenescope goes back to its roots of horror as the publisher known for re-inventing classics delves into an entirely new bag of tricks. When a group of treasure hunters head to the Amazon to search for the priceless Spider King relic, they will find that their greed has put them in a horrifying predicament!