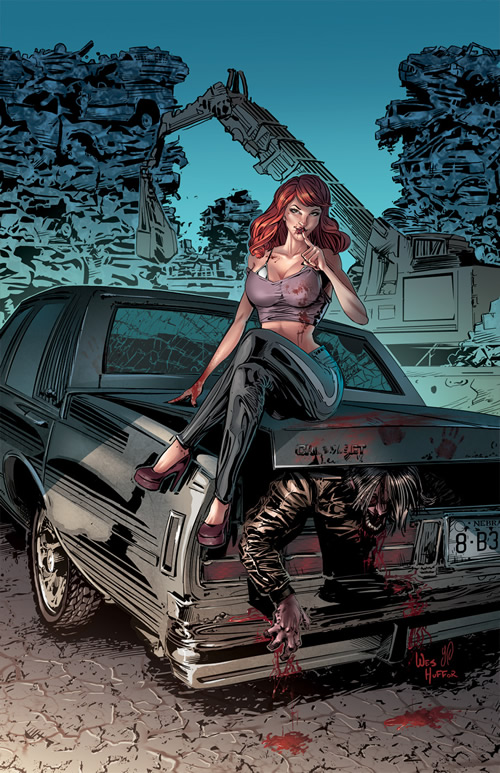 Synopsis: Inspired by Tales From the Crypt, Twilight Zone, and Creep Show, Zenescope goes back to its roots of horror as the publisher known for re-inventing classics delves into an entirely new bag of tricks. From Poe to Lovecraft to brand new Fables, these tales of terror are sure to creep you out in a whole new way!

Our Thoughts: I have been pretty disappointed in Zenescope titles as of late as I feel that they are just striking out in the realm of horror. I decided to give their new book, “Grimm Tales of Terror” a shot because…well, it’s a horror comic.

The book got better and better after each page. As I neared the end of the issue I was hoping that it wouldn’t be a let down. There was an instance where I thought “Here it comes.” Luckily it never came.

Being that this book is an anthology we are uncertain what the future issues will be like. What we are sure of though is that this debut issue is a home-run. Run out to your local comic shop and grab a copy of this great horror issue.