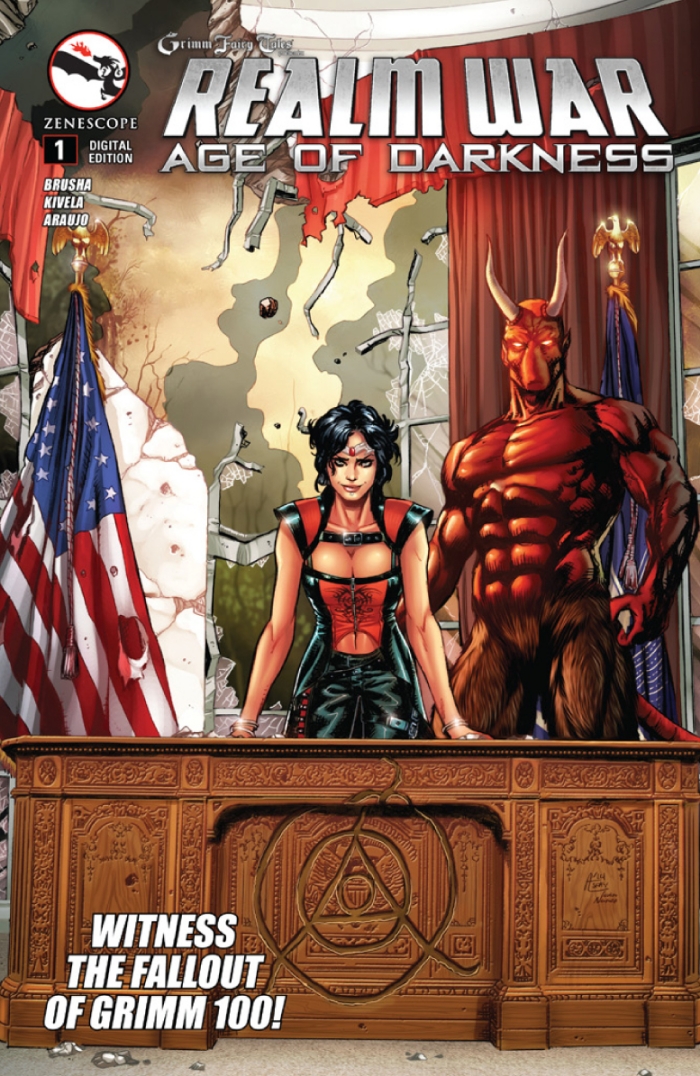 Zenescope Entertainment has provided us a preview of the new Grimm Fairy Tales Presents Realm War: Age Of Darkness comic.

Shattered by the events of GFT #100, the Grimm Universe is no more, and the Age of Darkness has begun. With the Realms of Power combined, the Dark Horde has finally realized its plan to rule Earth. But the darkness is just beginning and the Dark One and his Queen have unimaginable terrors planned for humanity. With their generals ruling cities throughout the new world and the Realm Knights dead or scattered, few are left to oppose them. But even as the darkness falls, heroes will rise and fight against their evil even if they must make the ultimate sacrifice doing so. The darkest Grimm Fairy Tales series ever.