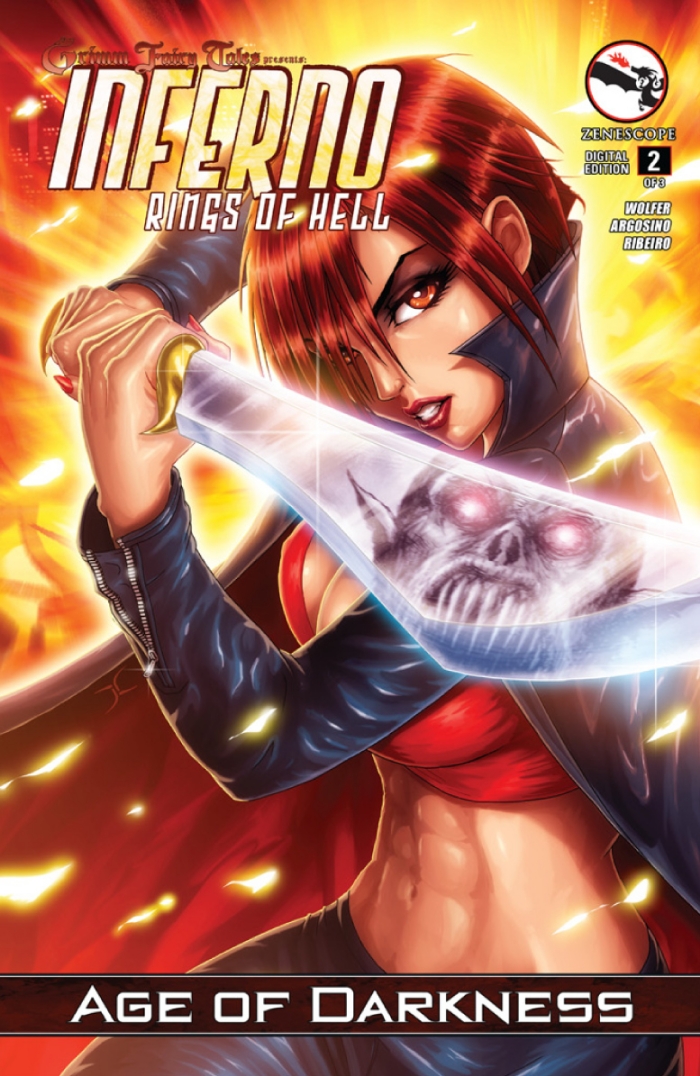 Zenescope Entertainment has provided us a preview of the new Grimm Fairy Tales Presents Inferno: Rings of Hell comic.

Mercy has been thrown into the lowest circle of hell with Lucifer… and the only way these two former enemies will escape is to fully trust each other. As the Realm War wages on outside of the Inferno, Lucifer and Mercy battle through monsters, demons, harpies, and things horrible enough to rip a man’s sanity free of its holds. However, even if they do escape, who will save them from the wicked Dark Queen?