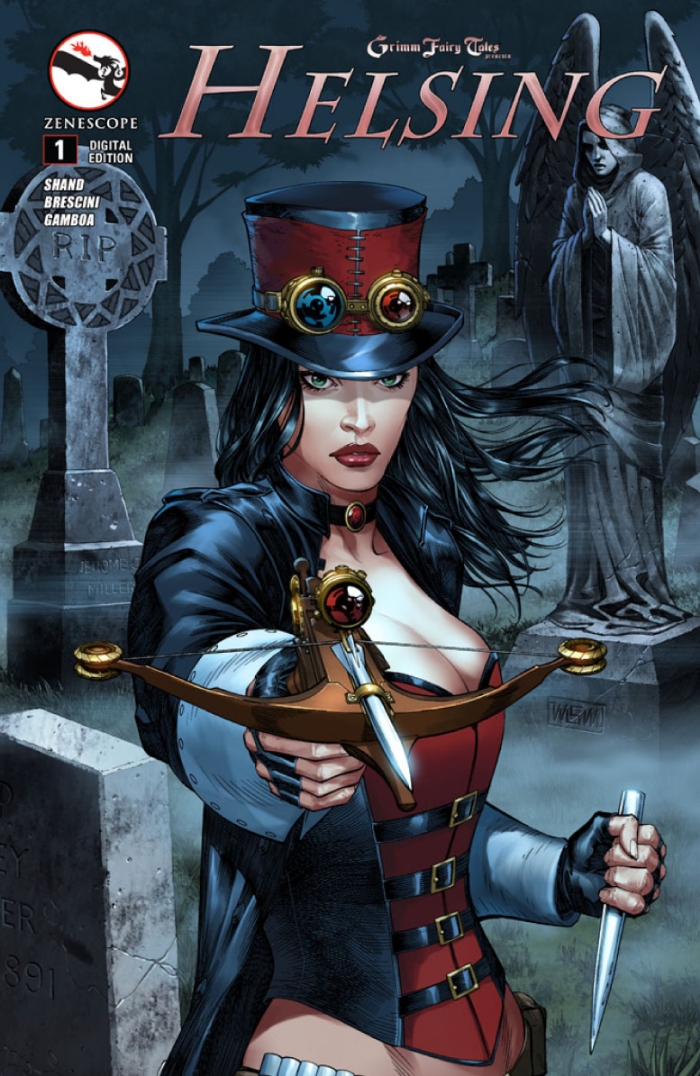 Zenescope Entertainment has provided us a preview of the new Grimm Fairy Tales Presents Helsing comic.

Born in the early 1800s, Liesel Van Helsing is the daughter of the famed vampire slayer Abraham Van Helsing. Liesel, as both a genius inventor and a skilled hunter, became known as the scourge of the Underworld when she created steam-powered devices to dispatch her prey. Back then, Liesel was unbeatable… but what about now? After spending more than a century trapped in a hellish dimension called the Shadowlands, Liesel has returned to Earth and is beginning her life anew. Dedicated to not only taking out vampires, Helsing occasionally fights all kinds of evil alongside her friend Sela Mathers and the other Realm Knights sworn to protect Earth. However, a powerful evil from the past has been waiting in the shadows for his chance at a reckoni… and that chance has arrived. This is the story of Liesel Van Helsing… vampire hunter.