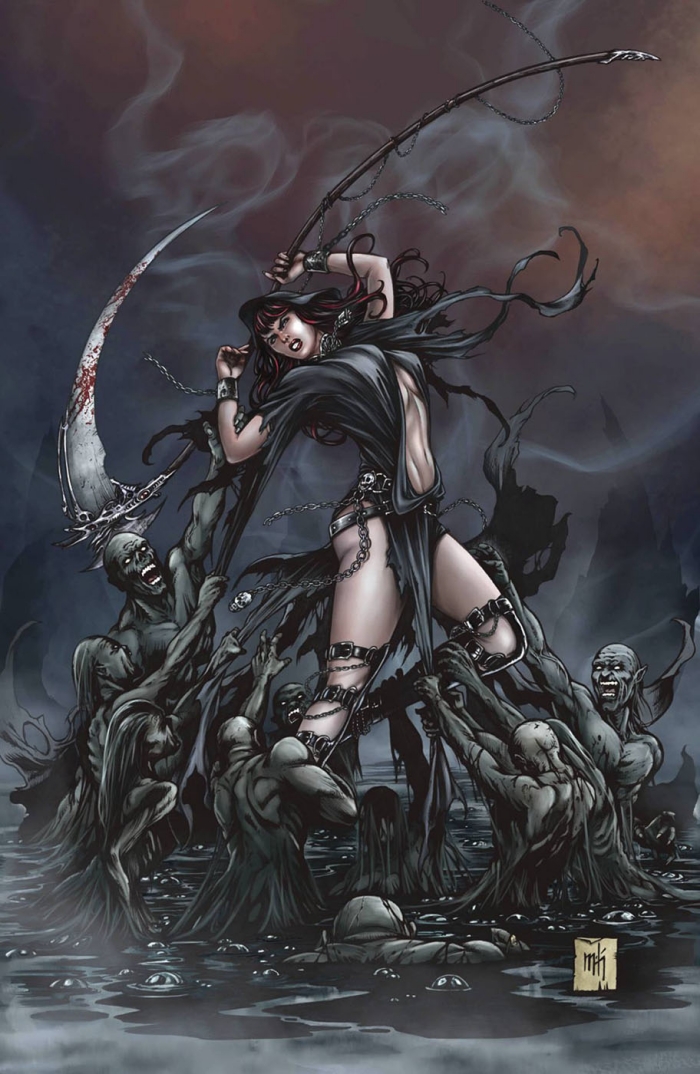 Keres has been wreaking havoc as humanity’s “Angel of Death” – killing whomever she deems fit on a whim. But Reaper himself, as she’s summoned for a Trial of the Dead and must plead her case to her peers.

Written by Ralph Tedesco and art by TBD with covers by Mie Krome, Marat Mychaels, Renato Rei and Giuseppe Cafaro.