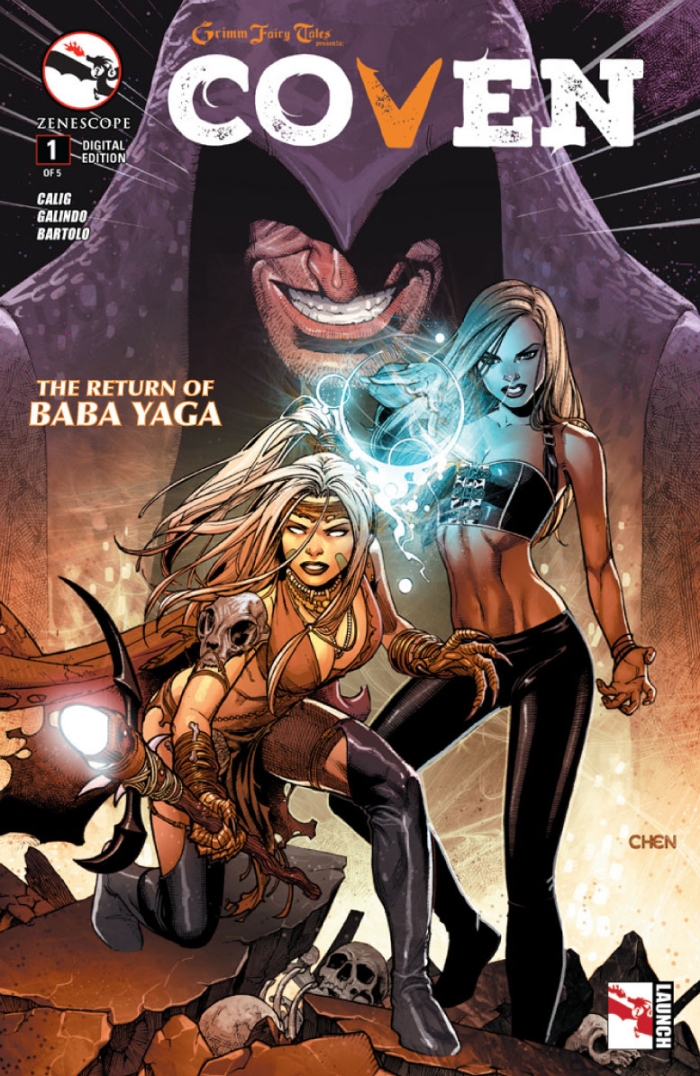 Zenescope Entertainment has provided us a preview of the new Grimm Fairy Tales Presents: Coven comic.

Modern Day 2015, a group of unsuspecting women are attacked in their New England home and burned at the stake. The men responsible call themselves the New Crusaders and they are determined to find a woman named Avril Williams, a young witch more powerful than anyone could ever imagine.

It’s a race against time as Baba Yaga returns in one of the most intense and exciting Grimm Universe titles of 2015!