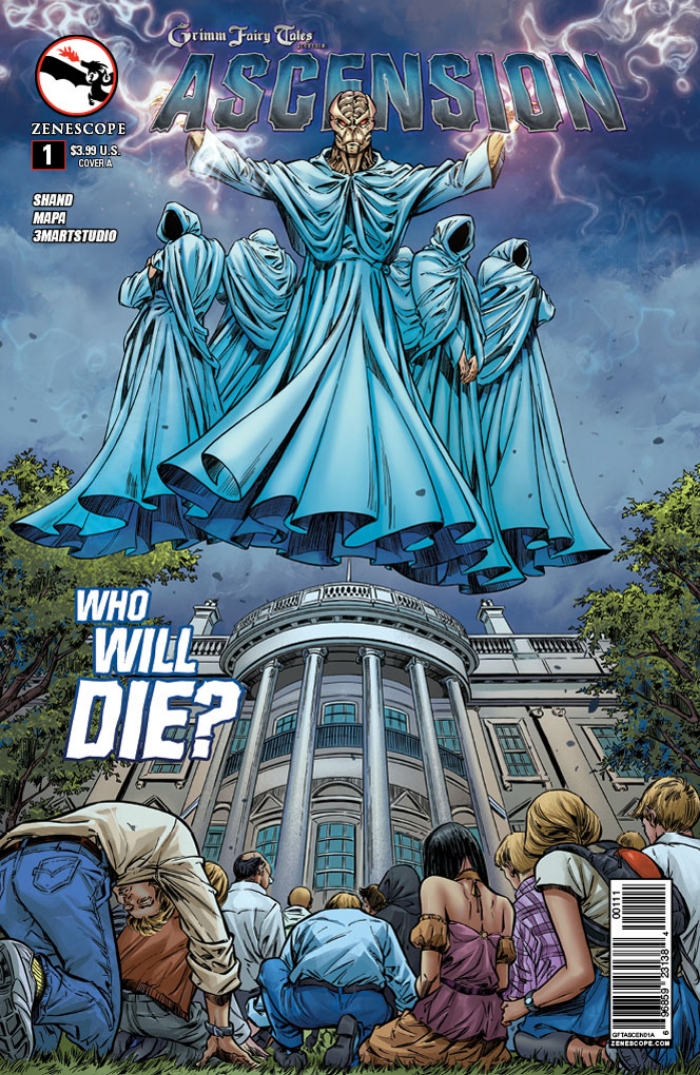 Zenescope Entertainment has provided us a preview of the new Grimm Fairy Tales Presents Ascension comic.

What if God lived among us? The Being has won. Now with the almighty powers of the Keepers running through his veins, he descends onto Earth to begin his new reign. Though his intentions are to rid the world of evil, absolute power corrupts absolutely, and it falls to Sela and Van Helsing to put a stop to him. But what will they do when they see that many of their own have been wooed to the Being’s side. Samantha’s fall into darkness begins!