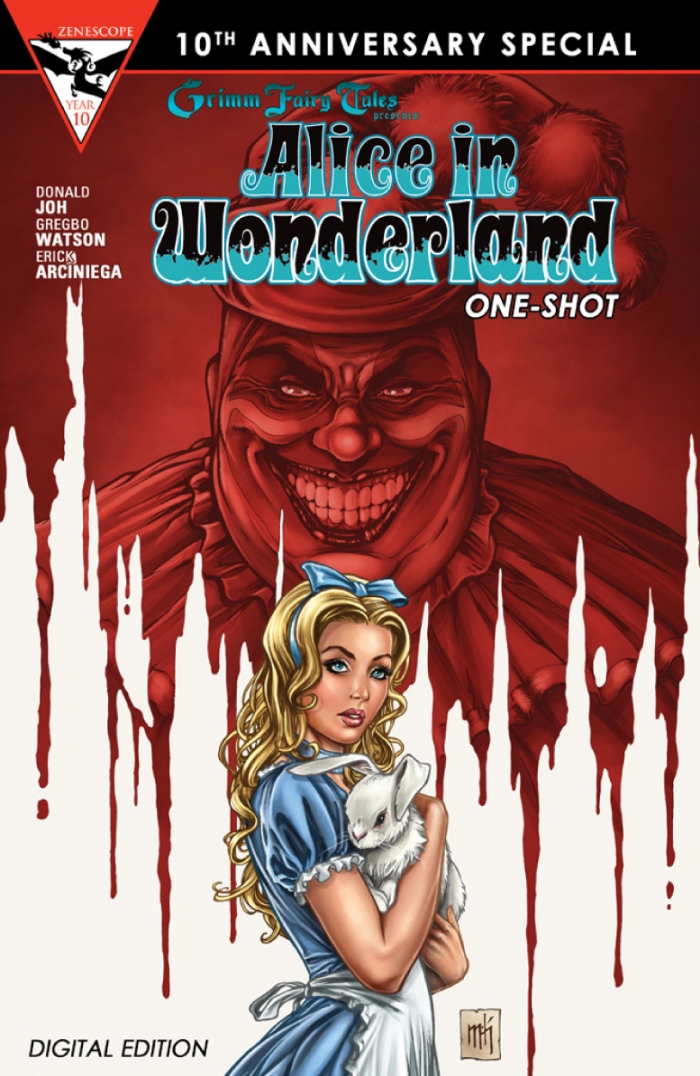 Zenescope Entertainment has provided us a preview of the new Grimm Fairy Tales Presents: Alice in Wonderland One-Shot comic.

When Alice befriends a boy during her imprisonment in Wonderland, will the madness of the mysterious realm destroy them both or will their friendship keep them from losing their sanity? Return to a Wonderland unlike one you’ve seen before and watch as Alice’s adventures turn into her worst nightmares.