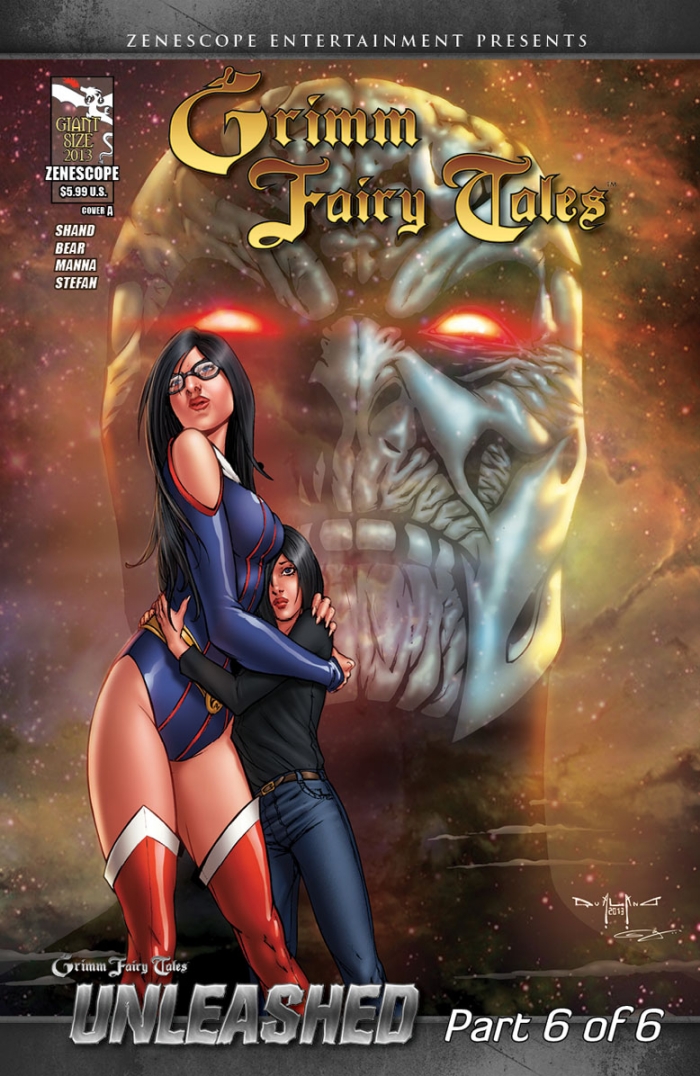 Zenescope Entertainment has provided us a preview of the new Grimm Fairy Tales Giant Size 2013 comic.

After the shocking events of the previous issue, the heroes of the Grimm Universe are left scattered. The search for Shang concludes as the truth of the Being’s plan is revealed… and nothing will ever be the same. The finale to the biggest event in Zenescope history! Introducing a new character… Jacqueline Hyde!