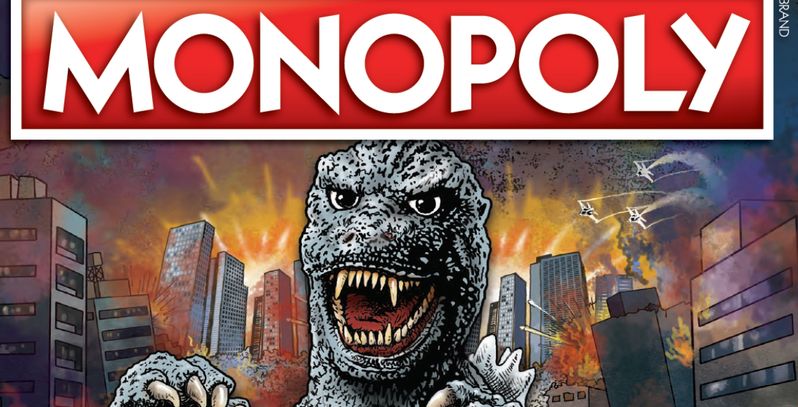 Monopoly and Jenga will be adding some monster-sized excitement to their line-up this spring in the form of the atomic breath-spewing creature known as Godzilla.

According to the official press release from “the Op” (the hip new name for usaopoly), “…players will vie to collect iconic kaiju in their familiar settings — such as Rodan on Monster Island (formerly known as Boardwalk) and Mothra on Infant Island (formerly known as Park Place) in order to reign supreme — and will pick one of six collectible movers such Godzilla, Mechagodzilla, and King Ghidorah to navigate the MONOPOLY® game board.”

John M. Davis, The Op’s President and CEO, stated that “Since the 1950’s, Godzilla has spawned a worldwide fan base.  Today, with our games, older fans can nostalgically relive childhood memories while introducing their families and younger generations to the world’s most revered monster.”

The Jenga: The Godzilla Extreme Edition includes a card board cut-out of the lizard and an official “Custom Godzilla Approach Track” that will move the big boy towards your blocks, so you had better hurry!

Both games will be available from retailers across the country this spring. 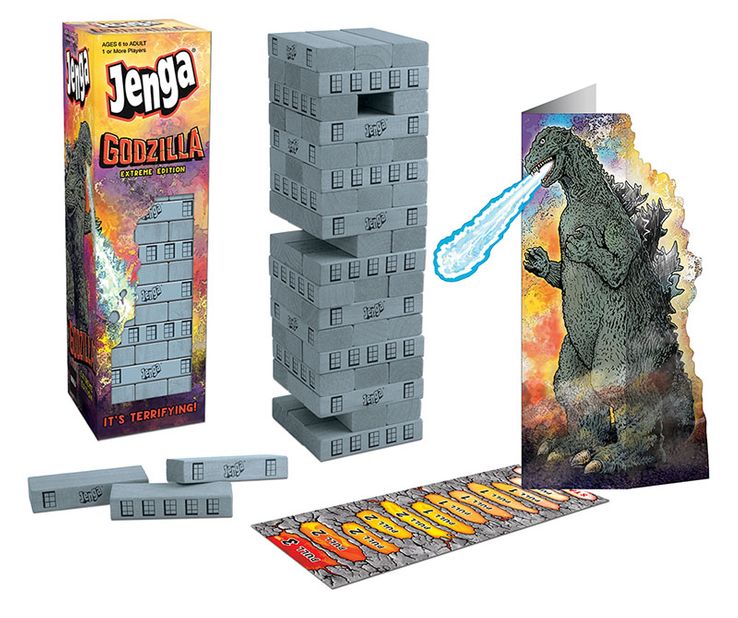