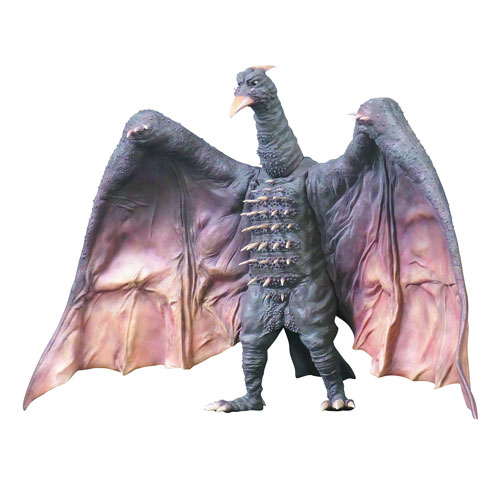 Originally a character separate from the Godzilla franchise, Rodan is a powerfully pteranodon who allies with Godzilla to save Monster Island and the world from monstrous threats! This Previews Exclusive Godzilla Rodan 1968 Version 12-Inch Vinyl Figure recreates the beloved pteranodon as he appeared in 1968’s Destroy All Monsters.