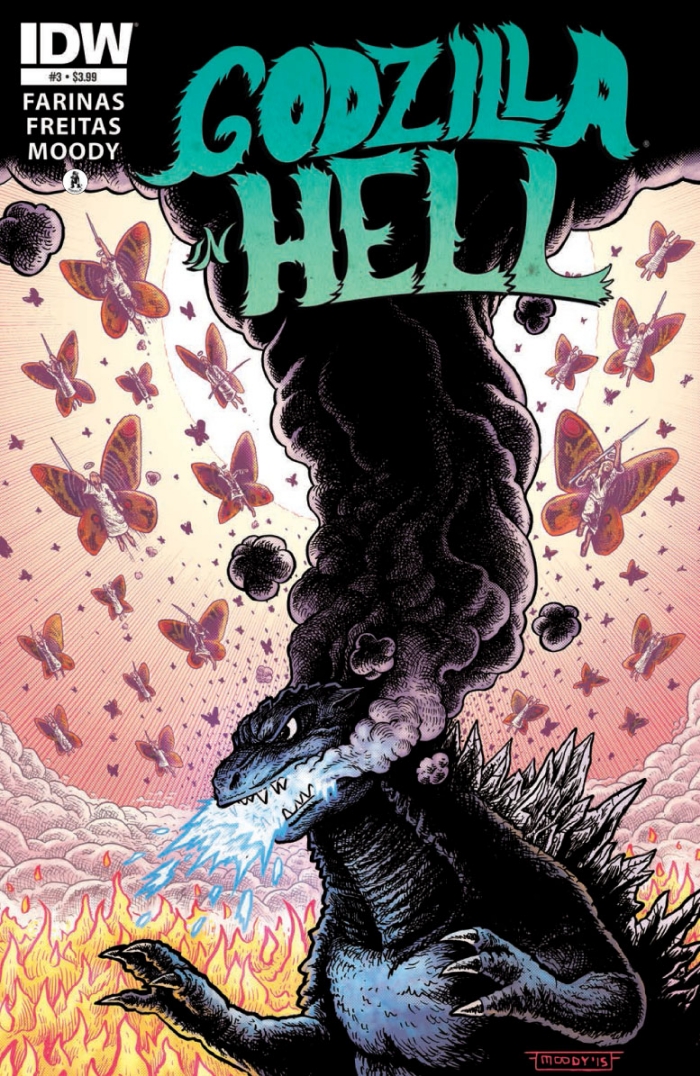 IDW Publishing has provided us a preview of the new Godzilla in Hell comic.

What brought Godzilla to Hell?

A glimpse of Godzilla’s greatest battle gives clues — but what will happen when Godzilla faces a rematch with that same foe in the underworld?