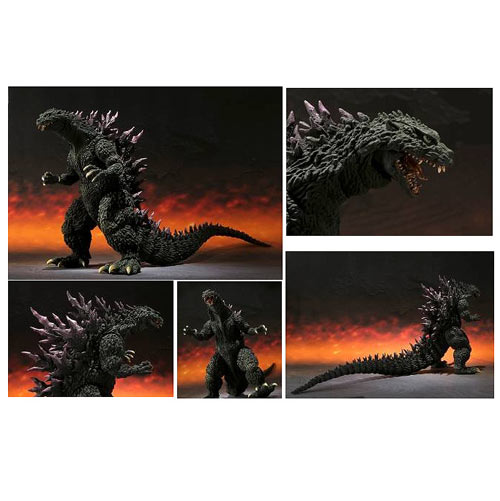 Imported from Japan. From Bandai Tamashii Nations. Yuji Sakai continues his master crafted kaiju figures with the latest sculpt of Godzilla from the Godzilla 2000: Millennium film! The Godzilla 2000 Millennium SH MonsterArts Action Figure features meticulously crafted detail (each individual tooth and characteristic scaly back plate has been meticulously sclupted), and boasts tons of articulation for you to pose in any way imaginable along with an incredibly long tail! The Millennium version of the King of the Monsters has a noticeably leaner, meaner sculpt than his predecessors. A true centerpiece for any Godzilla fan and perfect for any SH MonsterArts collector! Measures over 6-inches tall!