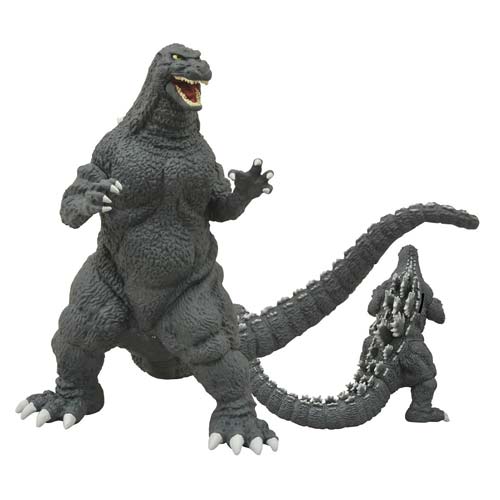 This Godzilla 1989 Vinyl Figure Bank of the city-destroying and alien-fighting lizard called Godzilla is based on his appearance in the 1989 movieGodzilla vs. Biollante! Cast in sturdy vinyl, the bank features a coin slot hidden between the fins on his back, as well as an access door hidden inside his removable tail! The Godzilla 1989 Vinyl Figure Bank stands 12-inches tall and measures 18-inches to the tip of his tail. Sculpted by Gentle Giant Studios!