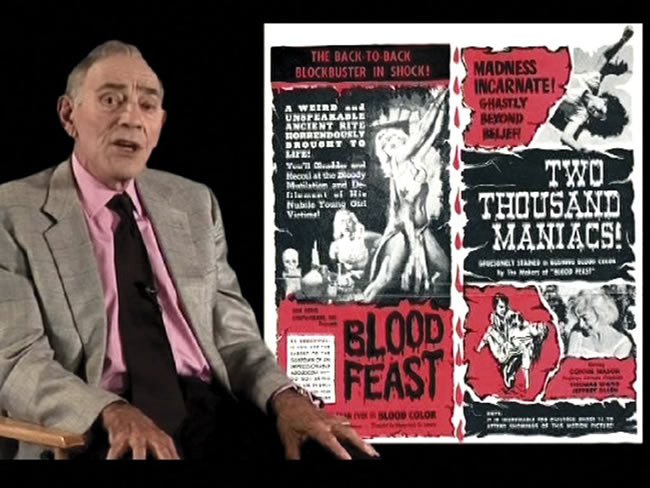 Horror lost another legend today as Herschell Gordon Lewis, the “Godfather of Gore” passed away at the age of 87. The director ushered in what is now known as “splatter films” with his release of gory classics such as Blood Feast, Two Thousand Maniacs!, and Color Me Blood Red. The three films being known collectively as “The Blood Trilogy.”

Born in Pittsburgh, PA in 1929, Lewis worked as an English professor at Mississippi State University before getting his start in film in the 1950’s creating TV commercials in Chicago. He made TV commercials in the 50s. After wetting his appetite with that, Lewis joined forces with David Friedman, to produce a slew of gory features that were incredibly shocking, yet influential.  This sub genre was later branded “grindhouse.”

Lewis retired from the horror film world in the early 70’s, but his pioneering films left a permanent impression on fans and horror filmmakers to follow.  His death comes just weeks before a 17 disc box set containing fourteen of his films along with hours of special features is released by Arrow Video on October 25th.