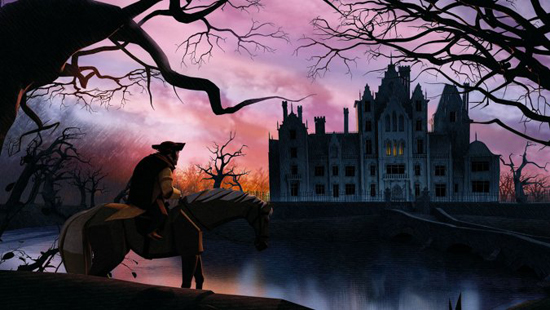 GKIDS has bought the North American rights to the animated Edgar Allan Poe anthology ‘Extraordinary Tales’. The indie animated distributor is releasing the film on Oct. 30 in theaters and on VOD.  It features the voices of Sir Christopher Lee (in one of his final film performances), Bela Lugosi, Julian Sands, Roger Corman and Guillermo Del Toro.  Raúl García directs the film, which tells five of Poe’s best known tales (The Tell-Tale Heart, The Pit and the Pendulum, The Fall of the House of Usher, The Facts in the Case of Mr. Valdemar and The Masque of the Red Death) in a unique graphic style.

David Jesteadt (GKIDS’ SVP of Distribution) said “Extraordinary Tales takes on the classic late-night horror anthology format with the full visual inventiveness that only animation allows, and we can’t wait to share it with audiences in the fall.”