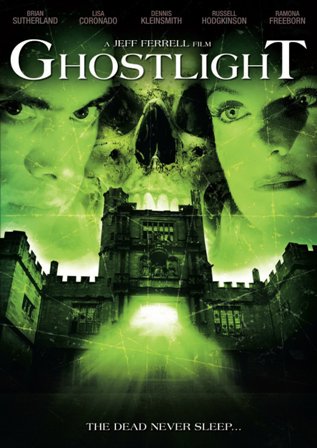 COMING TO DVD ON JUNE 3RD

Andrew wins a radio contest to spend one night alone in a haunted theater on the 80th anniversary of the bloody murder/suicide that occurred within its walls. His prize: $50,000. His task: To spend 12 hours alone inside. The catch: The theater has been reportedly haunted ever since the tragedy 80 years ago, and has been plagued by a series of mysterious deaths in the years since. A devout disbeliever in the supernatural, Andrew has no qualms about spending the night there. But his wife Mira, who has been haunted by psychic premonitions about the place, feels differently. As Andrew is locked inside the theater for the night, the ghosts and secrets of its past begin to reveal themselves to him. Will he make it through the night to collect his prize? And will he get out before the murderous ghosts take hold of him forever?