Ghostface From Next ‘Scream’ Ready For His Closeup

The scream you hear is getting closer.

It’s just six months now until the Jan. 14, 2022 premiere of the new Scream, and a good look at the iconic Ghostface killer was unveiled this week by the film’s sound designer Greg Russell, as reported by cbr.com.

This image–seen below–is not the first time fans have been treated to a sneak peek. Directors Matt Bettinelli-Olpin and Tyler Gillett had previously posted a photo of the famous mask on their Twitter page to celebrate the film’s wrapping. And, prior to that, executive producer Kevin Williamson shared a photo of Ghostface in front of what appears to be the Stu Macher house from the original 1996 Scream.

But this new image (the Instagram post containing the photo has already been deleted) is different. This shot is the first closeup look at the mask–the others were full body photos.

And close examination seems to show subtle differences in the eyes, mouth and spacing on this mask. In fact, this mask looks to be very similar to the one worn in Scream 4.

A website, ghostface.co.uk, has a dedicated page that chronicles the different molds of the Ghostface masks used in each film.

Details of this new Scream have been closely guarded to this point, and an official synopsis simply says a woman “returns to her hometown to try to find out who has been committing a series of vicious crimes.” And thereby, no doubt, hangs a grisly tale.

The Scream franchise–which has (until now) run through Scream 4–has proven to be a box office blockbuster, earning more than $600 million worldwide.

Keep reading Horror News Network for the latest on the upcoming Scream. 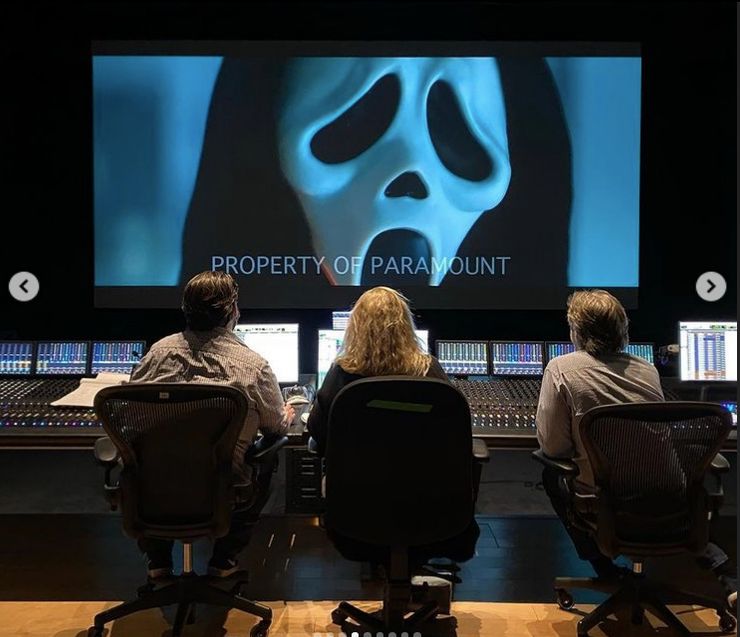