If you thought Ghost Rider was the most frightening Marvel Comics character–wait until next year.

Marvel this week announced a brand-new, horror-filled Ghost Rider series that will celebrate the skull-faced character’s 50th anniversary with “The Year of Vengeance,” as reported by cbr.com. Check out the awesome art by Kael Ngu on the cover of Ghost Rider No. 1 on this page.

Planned for a February 2022 debut, the new comic–written by Benjamin Percy (X Lives of Wolverine) and illustrated by Cory Smith (Conan the Barbarian)–finds the original Ghost Rider, Johnny Blaze, living in a small town with a wife and two children. He has a job in a local auto repair shop, is respected by his neighbors…but this idyllic scene is about to change.

By day, Johnny has “bloody visions and, by night, he is haunted by horrifying monsters,” according to the official synopsis. “Things are getting worse with every passing moment, and he is beginning to feel like a caged animal. Johnny will have to fight the burning spirit deep within his soul.”

Percy–who refers to himself as a “horror head”–said he always reached for the “dark and weird” when it came to comics. “It would be great to write this series at any point in my life, but launching on the 50th anniversary feels especially (un)holy,” he said.

The Marvel Comics Ghost Rider character–created by Gary Friedrich, Roy Thomas and Mike Ploog–first appeared in Marvel Spotlight No. 5 (1972). The character eventually earned his own series that ran from 1972-1983. The less said about the two feature films with Nicolas Cage, the better.

In the original storyline, stunt motorcyclist Blaze, in order to save his father’s life, gave his soul to Satan (later revealed to be the demon Mephisto). After this bad deal, Blaze changed into an avenging demon at night and when around evil, complete with a flaming skull and fiery motorcycle. 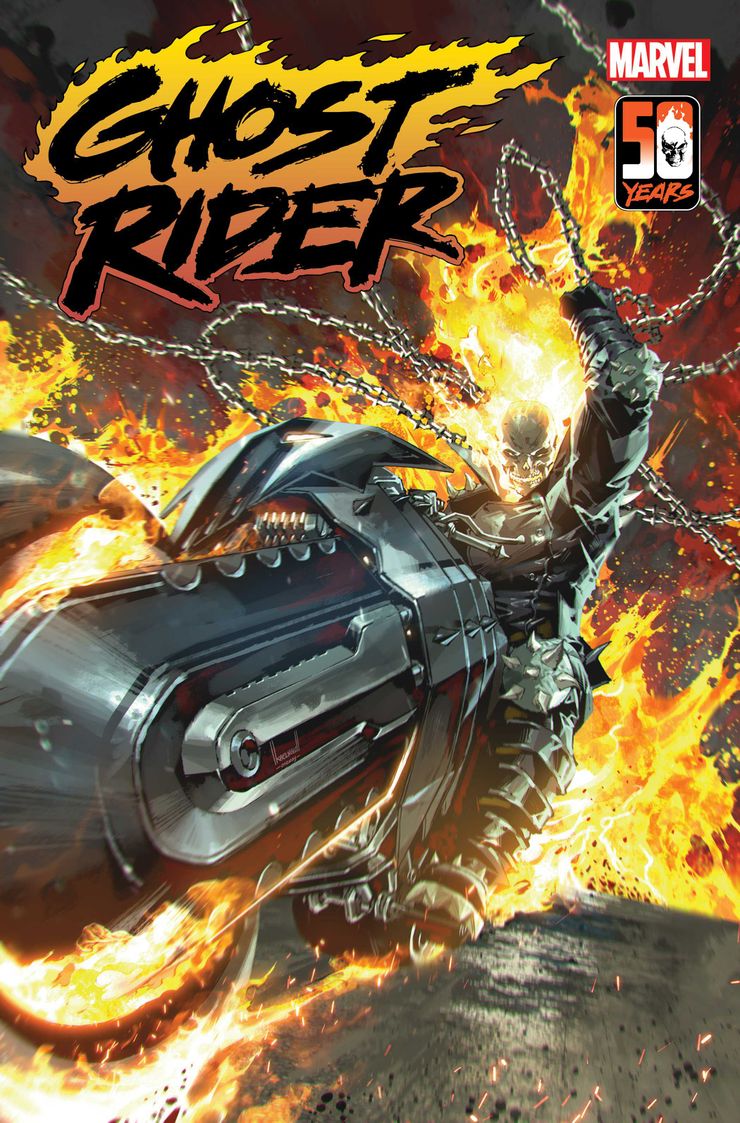