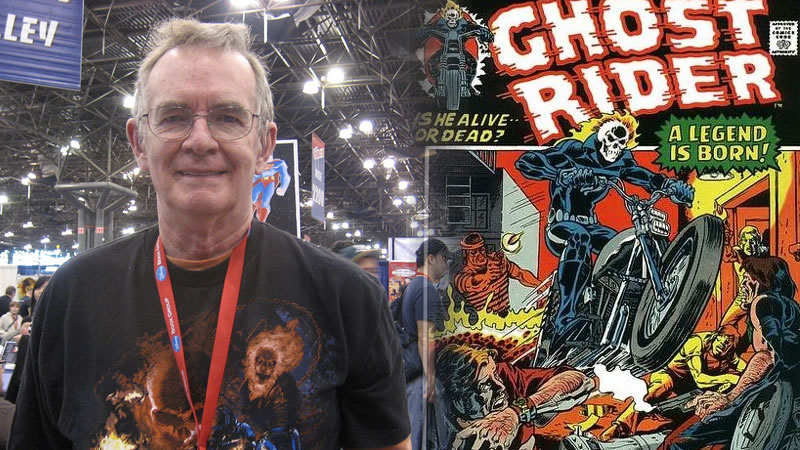 We have very sad news to pass along today as Gary Friedrich, co-creator of horror comic book heroes Ghost Rider and Son of Satan, has passed away at age 75. The news was posted on Facebook by longtime friend and fellow comic creator Roy Thomas.

In addition to Ghost Rider and Son of Satan, Friedrich worked on a slew of other titles for Marvel Comics including Captain America, Frankenstein, The Incredible Hulk, Marvel Spotlight, Nick Fury, Agent of Shield, Sgt. Fury and his Howling Commandos, and X-Men.

In 2007 Friedrich got involved in a messy lawsuit with Marvel Comics, Sony Pictures and Hasbro when he alleged his copyrights to the Ghost Rider character was being exploited in a joint venture and conspiracy. The lawsuit claimed that both the film and merchandising rights reverted from Marvel to Friedrich in 2001.

In 2011 the lawsuit concluded with Marvel the emerging victorious. The court said that Friedrich gave up any ownership claim when he signed checks containing language relinquishing all rights.

Marvel then made the very unpopular decision to countersue the then 68-year old Friedrich. A settlement was reached between the parties in which Marvel dropped the suit in exchange for Friedrich paying $17,000 in damages, ceasing to sell Ghost Rider-related items

We here at Horror News Network send our condolences to Gary’s family and friends.