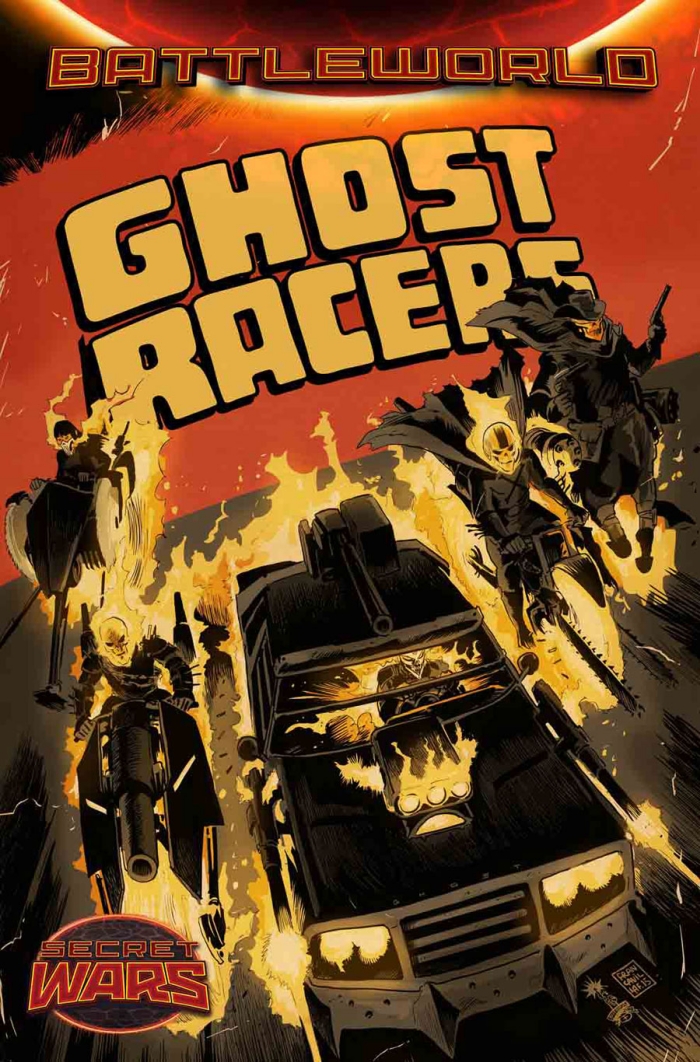 Marvel Comics has provided us a sneak peek of the new Ghost Racers comic.

Put the pedal to the metal as the Spirits of Vengeance go head to head in lethal, cutthroat races! Welcome to the scorching hot track of Battleworld’s arena – for the one and only spectacle known as the Ghost Races!

Enslaved and bound to the arena, cursed souls race at the speed of sin – and anything and everything goes! Friendship, loyalties and family bonds will be tested. All in the name of the top prize – temporary freedom from the arena! But what happens to the unlucky and unholy losers? Now, Robbie Reyes, Johnny Blaze, Danny Ketch, Alejandra Blaze and many, many more step onto the track for all-out, high-speed warfare. The stakes have never been higher as the most vicious Spirits of Vengeance do battle for their very souls! Who will come out on top and who will be left in the dust?