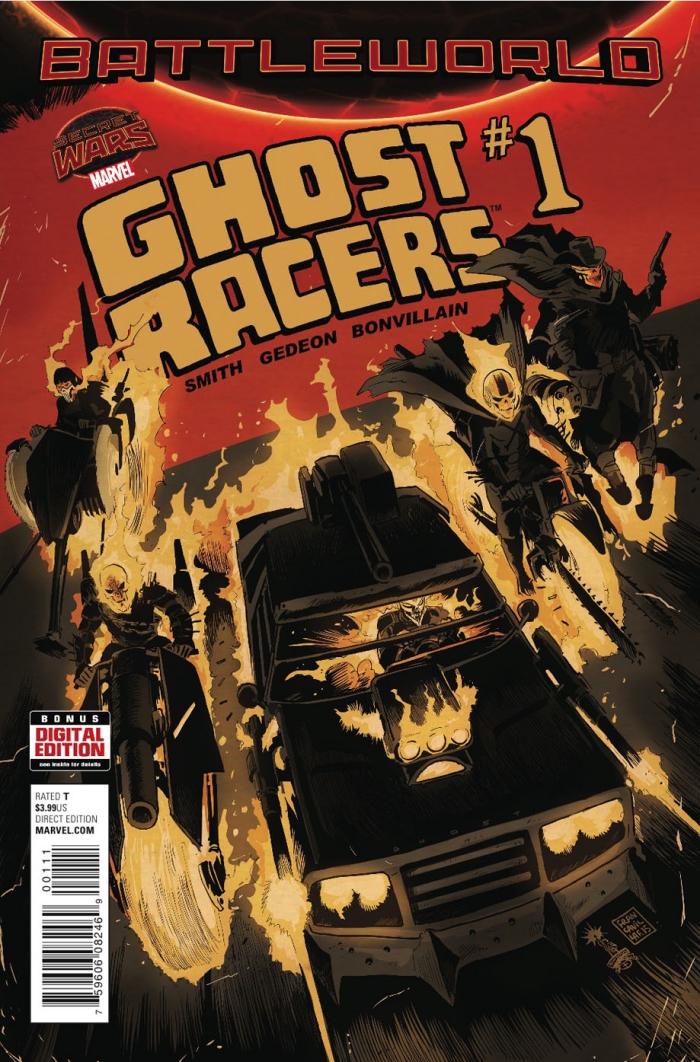 Marvel Comics has provided us a preview of the new Ghost Racers comic.

Welcome to the scorching-hot track where cursed souls race at the speed of sin, anything and everything goes and the only rule is no rule- — it’s the spectacle known as the Ghost Races; the most hellish “entertainment” known to Battleworld!

1st place prize: Temporary freedom from the Arena, but what happens to the unlucky and unholy losers? It’s all-out, high-speed warfare among the most bizarre and vicious Ghost Riders of the Marvel Universe. Expect many familiar Skulls!!