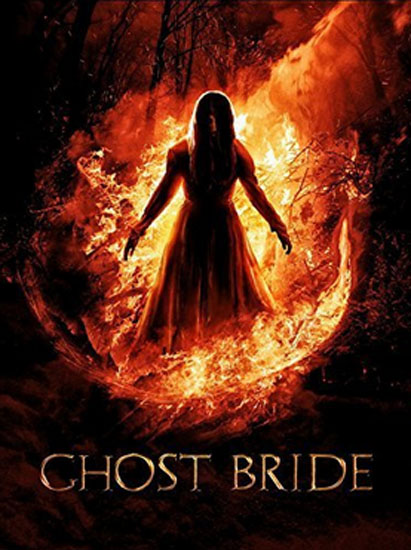 Synopsis: Young Chinese immigrant Jason Chen is trapped between two women; kiwi girl Skye and Chinese bride May Ling, two cultures; modern New Zealand and traditional China, and two worlds, that of the living and that of the dead.

Our Thoughts: Ghost Bride is a new Asian horror inspired film from New Zealand filmmaker David Blyth, centered around a man named Jason whose parents set up an arranged marriage for him. However it isn’t your typical arranged marriage. Jason has been set up to marry a ghost.

With pressure from his parents, Jason reluctantly agrees to marry May Ling, a woman he has never met, despite being in love with his girlfriend Skye. Eerie things start happening early on in the film. Upon meeting with his bride-to-be’s family, he sees what appears to be a ghost on their property. Later May Ling’s mother, Madam Yin, drugs him in a rather trippy scene, where she goes on about the need to be married when one dies, and love bringing the dead back to life. May Ling’s ghost starts following Jason and Skye, whom he now has asked to marry him. May Ling is pissed off that Jason didn’t choose her and things take a turn for the creepy. She starts attacking his family and Skye.

Slow building tension and a surreal quality build the suspense for much of the film. As someone who has seen a lot of Asian horror films, I can say that Ghost Bride captures the suspense in the same fashion as the films it’s inspired by. However it doesn’t succeed in the way of scares. The ghost bride was creepy in some scenes, but it didn’t have a menacing presence in films like ‘Ringu’. I did like the unique concept of the story and the touch of gore in the film. I also think the music in the film was particularly effective in creating the eerie atmosphere of the film. The Chinese traditions in the film are also interesting. Yoson An gives a believable performance as frustrated son Jason. Ghost Bride is an interesting small film and those that looking for something different in the style of Asian horror should check it out.