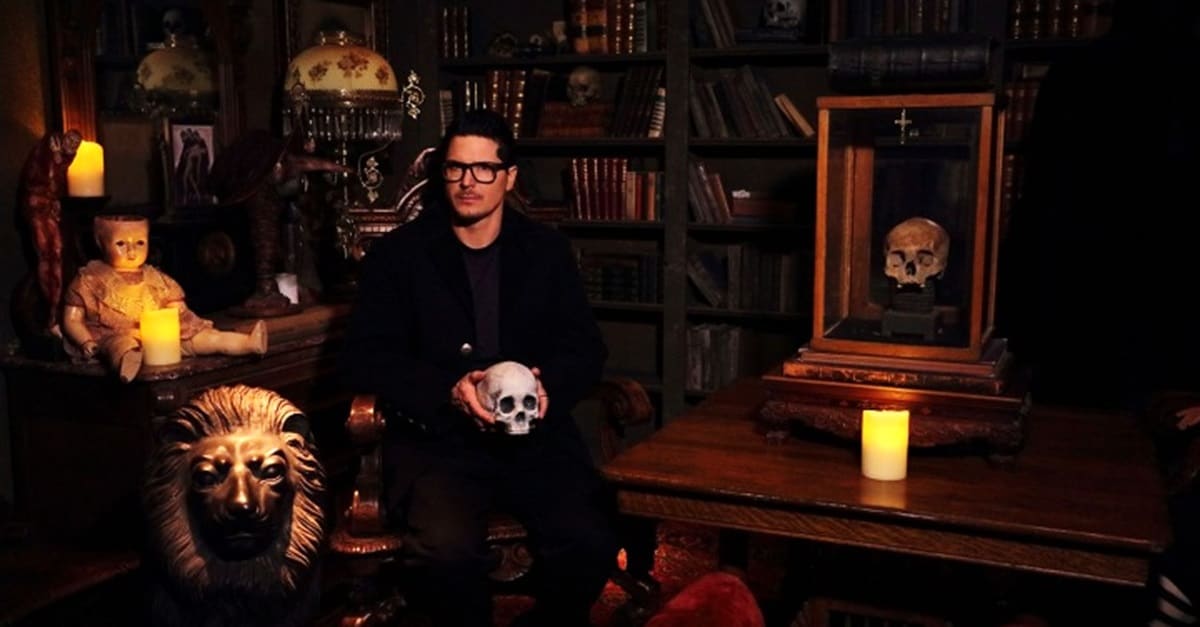 Ghost Adventures‘ Zak Bagans has a reputation for acquiring famous haunted objects for his Las Vegas museum, including the infamous Dybbuk Box, Jack Kevorkian’s van, and pieces of the since destroyed “Demon House”.

According to Newsweek, Bagan’s latest find is “The Devil’s Rocking Chair”, straight from Ed and Lorraine Warren’s famous “The Devil in Connecticut” case.  Bagans stated that the investigation was “…not only terrifying but also historic … it is the first time a court case’s defense team sought to prove a murderer innocent by way of demonic possession.”  Bagans also claimed that the case will be “…the basis for Conjuring 3, set to premiere next year”.

The chair was purportedly “…the site of the exorcism of David Glatzel, a young boy who was seemingly possessed by a demon. Lorraine and Ed performed an exorcism on the boy, but when the demon left him, it seemingly entered another person. Arne Cheyenne Johnson later stabbed and killed his landlord and in court, and claimed he was compelled to kill because he was possessed by a demon.”

Bagans was enthusiastic about the legacy of the item, especially since it involved the late Ed and Loraine Warren.  Bagans said “It is known that Lorraine Warren and the young Glatzel boy who was possessed, David, would both see ‘The Beast’ sitting in the rocking chair it claimed as his. The chair would shake violently and even levitate whenever the boy was overtaken by ‘The Beast.’ A video interview of the Warrens reveals this as well.”

According to the always trust-worthy TMZ, “Bagans dropped $67,000 to add the creepy chair — which still has holy oil stains on it left by Ed Warren — to his collection.  Zak bought it from Carl Glatzel, David’s brother. We’re told Carl decided to sell the chair because he’s moving and doesn’t want to take it with him … even though it’s been in his family since the ’50s.  Carl says the family heirloom has mostly been avoided due to its bad juju. He claims those who have been brave or stupid enough to sit in it have paid the price with back pain afterward … one of his friends even had to have surgery!!!”

“The Devil in Connecticut” case was first immortalized in Gerald Brittle’s 1983 book of the same name (which is currently out of print).  The investigation was also made into a TV movie (also in 1983) named The Demon Murder Case (starring Andy Griffin!).  It was later featured on The Discovery Channel’s docu-drama series A Haunting in the episode entitled “Where Demons Dwell” in 2006.

Stay tuned to Horror News Network for more information about paranormal purchases and The Conjuring 3.