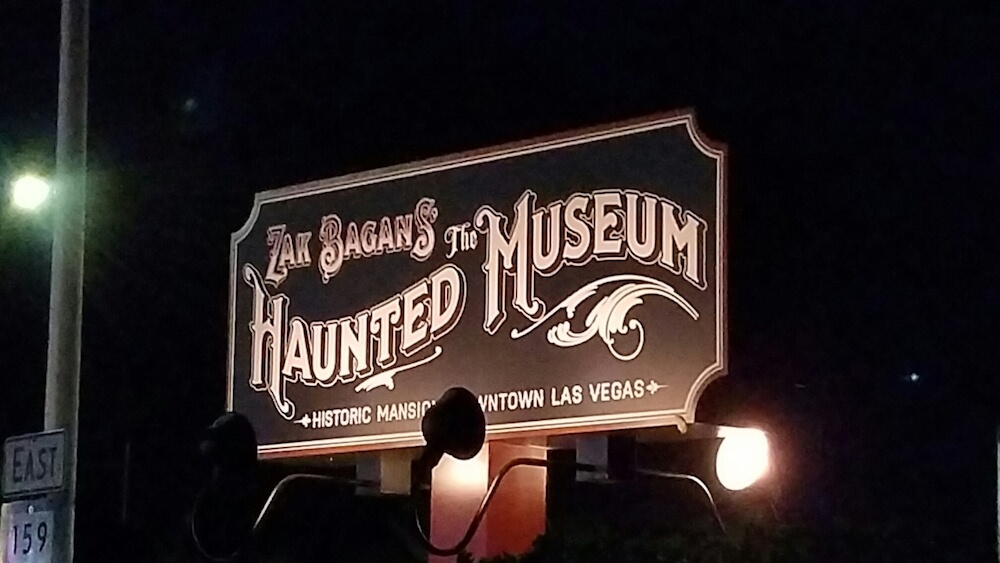 Well, it didn’t take long for “The Devil’s Rocking Chair” to start causing trouble at Zak Bagans’ Haunted Museum in Las Vegas.  According to an official tweet, the rocking chair stirred up so much paranormal activity, that the museum had to temporarily shut the exhibit down.

And things only got worse from there, as the negative vibes began to impact staff members.  As reported to TMZ, after the plug flew out of the wall and the door opened by itself ,”Two hours later, he says a woman collapsed, began bawling and asked, “Why is this happening to me?” Shortly thereafter, she fell unconscious … according to Zak, who adds the woman was upstairs, directly above the rocking chair exhibit.”

Later in the day,” Zak says 5 of his tour guides throughout the museum started crying uncontrollably. After just a few tours on opening night, Zak says the stress was too much and forced him to shut down altogether for the night.” At this point, Zak made the wise decision to shut down the haunted rocking chair exhibit.  Luckily (or unluckily) the exhibit just reopened for weekend visitors.

Today we will be reopening the Devil’s Rocking Chair/ Ed and Lorraine Warren exhibit.

A recent Newsweek story on the chair discussed the history of the cursed object and its connection to one of Ed and Lorraine Warren’s most famous cases, saying that the rocking chair was “…the site of the exorcism of David Glatzel, a young boy who was seemingly possessed by a demon. Lorraine and Ed performed an exorcism on the boy, but when the demon left him, it seemingly entered another person. Arne Cheyenne Johnson later stabbed and killed his landlord and in court, and claimed he was compelled to kill because he was possessed by a demon.”

“The Devil in Connecticut” case was first immortalized in Gerald Brittle’s 1983 book of the same name (which is currently out of print).  The investigation was also made into a TV movie (also in 1983) named The Demon Murder Case (starring Andy Griffin!).  It was later featured on The Discovery Channel’s docu-drama series A Haunting in the episode entitled “Where Demons Dwell” in 2006.  The case will also reportedly be adapted as the third entry in the Conjuring franchise and may appear in this month’s Annabelle Comes Home spin-off (due out on June 26).

Stay tuned for further updates on the exploits of “The Devil’s Rocking Chair” and future Ghost Adventure news.

‘The Conjuring’ Crooked Man Spinoff Is Off The Table

‘The Conjuring 4’ Moves Ahead With Returning Screenwriter