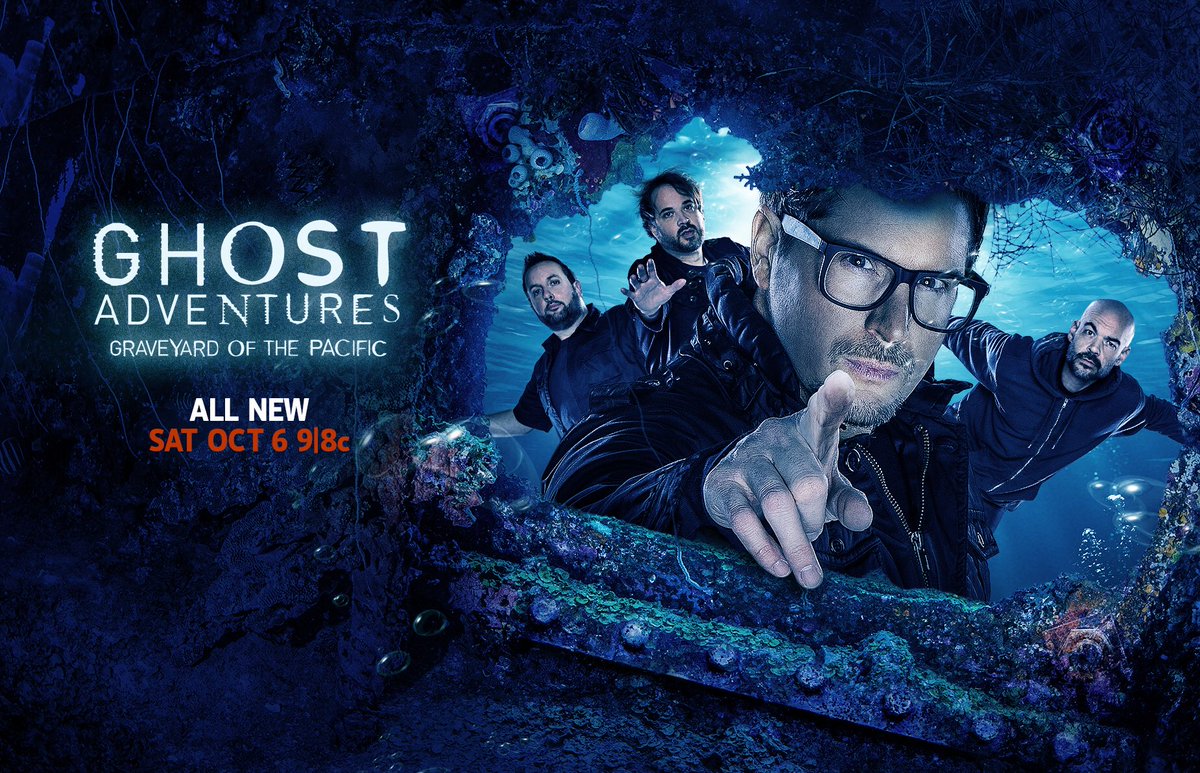 Premiering on Saturday, October 6 a 9 p.m., Ghost Adventures: Graveyard of the Pacific features lead investigator Zak Bagans, Aaron Goodwin, Billy Tolley and Jay Wasley as they head to “…a treacherous nautical region within the Pacific Northwest where the freshwater of the Columbia River meets the Pacific Ocean. Here, darkness plagues both land and sea – the ocean has claimed thousands of shipwrecks and countless lives, while unexplained deaths, diseases, fires and murders have impacted areas around the shoreline. The investigation takes the team to multiple haunted locations – from the underground tunnels weaving beneath the city of Astoria, Oregon, and the port city’s Norblad Hostel to the Fort Stevens Military Base outside of town where dangerous entities are believed to haunt various sites.”

The dangerous sea journey will “…culminate(s) at the North Head Lighthouse in Washington, which bore witness to some of the most tragic shipwrecks of this watery graveyard” and hopefully the team brought some rain gear and plastic bags for all of those EMF detectors and various “science” gadgets!

The gang returns for a live investigation on Wednesday, October 31 running from 8 p.m. to 12 midnight, as Zac, Aaron, Billy, and Jay examine Bagans’ very own Las Vegas Haunted Museum.  Over the course of four hours, the team “…will investigate the museum that contains hundreds of haunted objects, some so frightening and powerful they can’t even be touched.”  Fans can also assist the guys throughout the event by helping to monitor a live video stream on Facebook Live, making sure that no ghosts sneak up on anybody.

Besides Ghost Adventures, the month will also feature new episodes of Paranormal Survivor, Scariest Night of My Life, The Most Terrifying Places in America, and Haunted Live.  Most of these series air multiple times over the course of the month of October, but if you’re looking for the most scares for your buck, tune in on Sundays when the entire programming schedule is dominated by ghost-themed content.