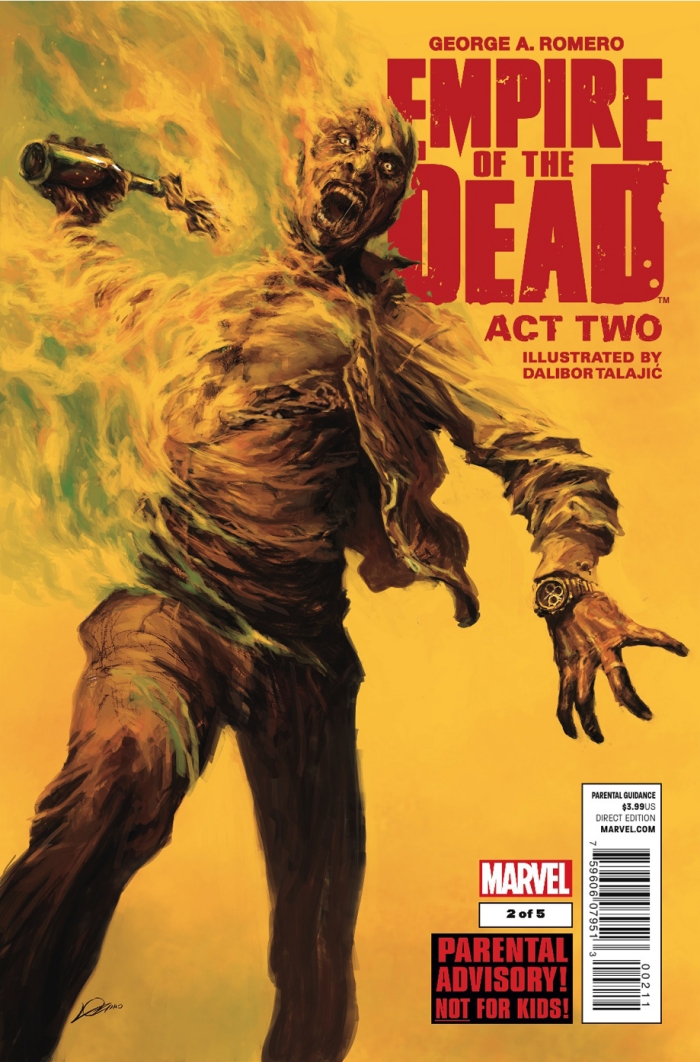 Welcome back to New York City years after a world-changing undead plague-and now outside forces are knocking on Manhattan’s walls! While the zombies battle in the arena, death rains down from above! What is this new threat to NYC? What’s worse, the roaming flesh-eaters who seem to be growing smarter every day…the ruling blood-suckers struggling to keep their grip on power or the Southern army bent on pillaging the greatest city in the world?

Written by George A. Romero
Art by Dalibor Talajic
Cover by Alexander Lozano