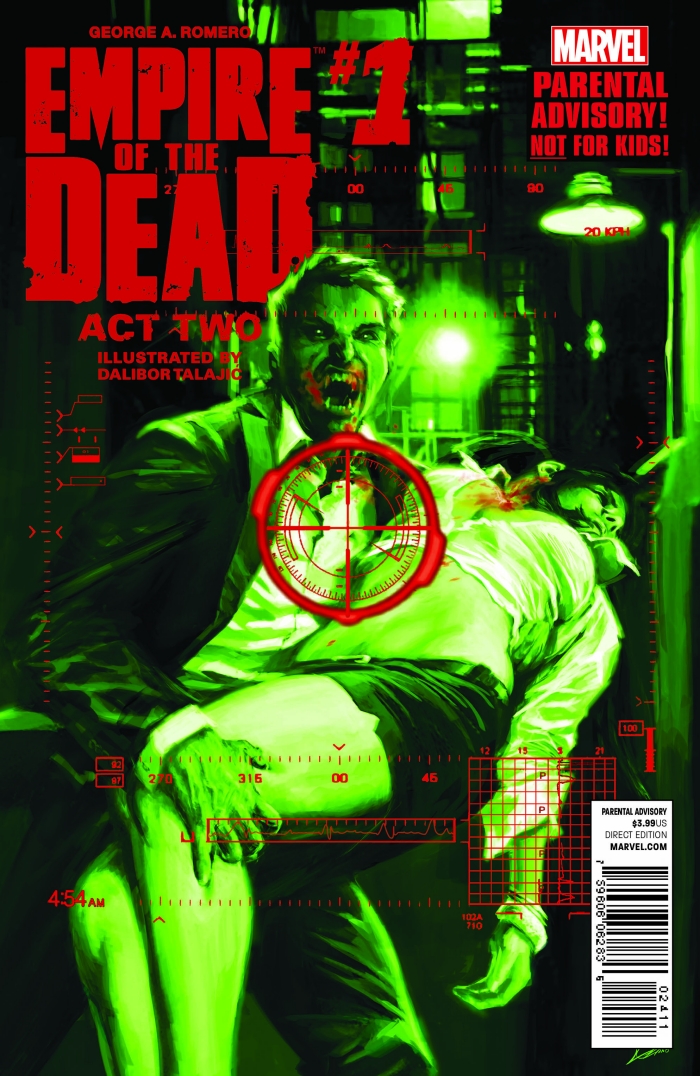 Marvel Comics has provided us a sneak peek of the new George Romero’s Empire of the Dead: Act Two comic.

This September, Zombie Godfather George Romero’s undead epic begins anew in EMPIRE OF THE DEAD: ACT TWO #1! Written by the horror master himself along with acclaimed artist Dalibor Talajic, prepare for an undead onslaught as zombies and vampires wage war on the walled in streets of New York City! Undead forces are laying waste to the last surviving humans of New York City – but now outside forces seek entry to the once safe haven. An invading militia seeks to take over the Big Apple. The current residents both alive and dead might have something to say about that!