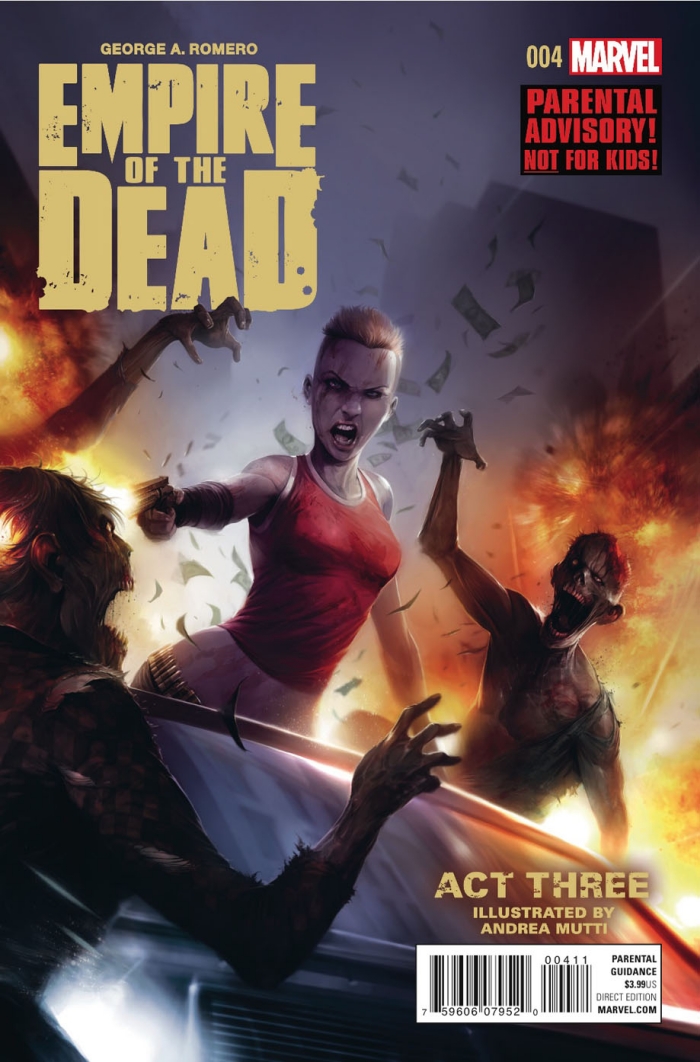 The warring factions of rebels have made it into the city. Who will win the battle for New York, and what will be left of it? There’s guerrilla warfare…and then there’s ZOMBIE guerrilla warfare. Is it any safer outside the city? Runyon and his crew gamble to find out.

Written by George A. Romero
Art by Andrea Mutti
Cover by Francesco Mattina