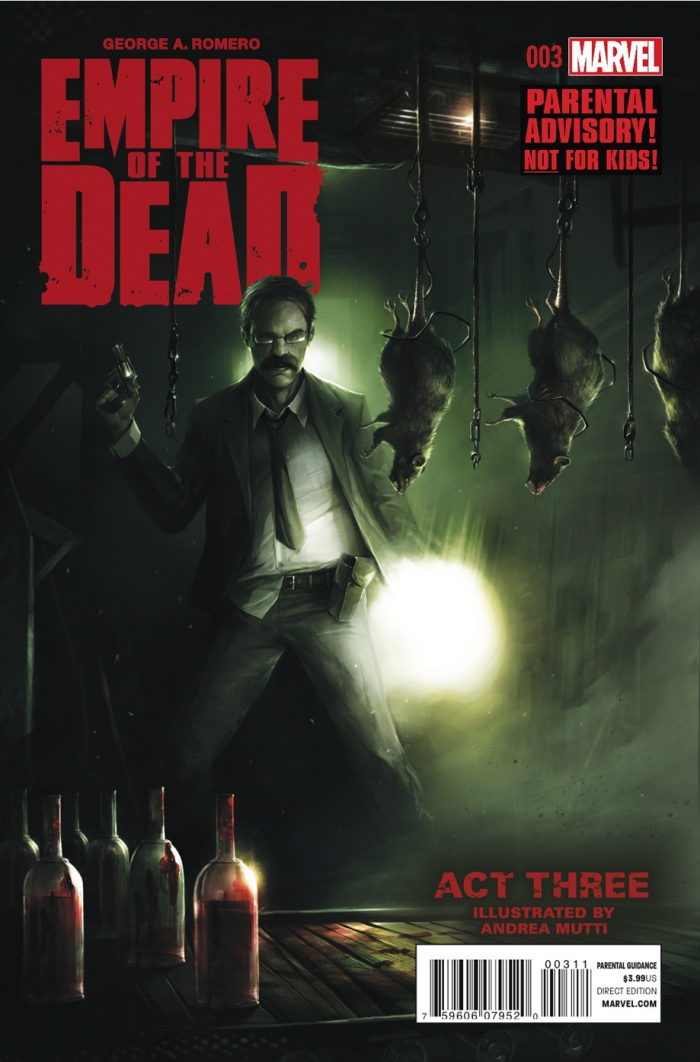 Will Chandrake retain his rule, or will Chilly Dobbs have his day? Will the election even matter, as the rebellion’s shock and awe tactics threaten the city?! Detective Perez makes a terrifying discovery!

Written by George A. Romero
Art by Andrea Mutti
Cover by Francesco Mattina