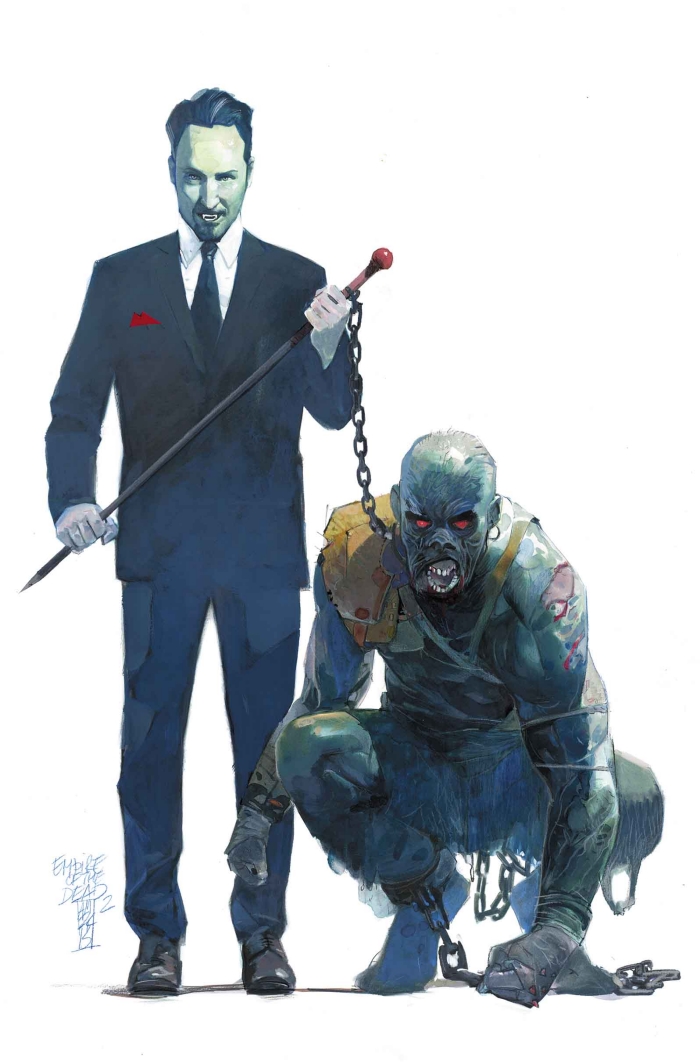 Marvel Comics has provided us a sneak peek of the new George Romero’s Empire of the Dead comic.

Something is rotten in the big apple. And it’s not just the rotten flesh of the Zombies overrunning Manhattan! Deep in the pit of the bloody Circus Maximus – the undead battle for the amusement of the living. But not all here is as it seems. Amid the fury of the arena, vampires roam New York City, hiding in plain sight! What menacing secrets lie in the dark corners of the once bustling metropolis? And when the zombies and vampires prowl – where does that leave the humans?