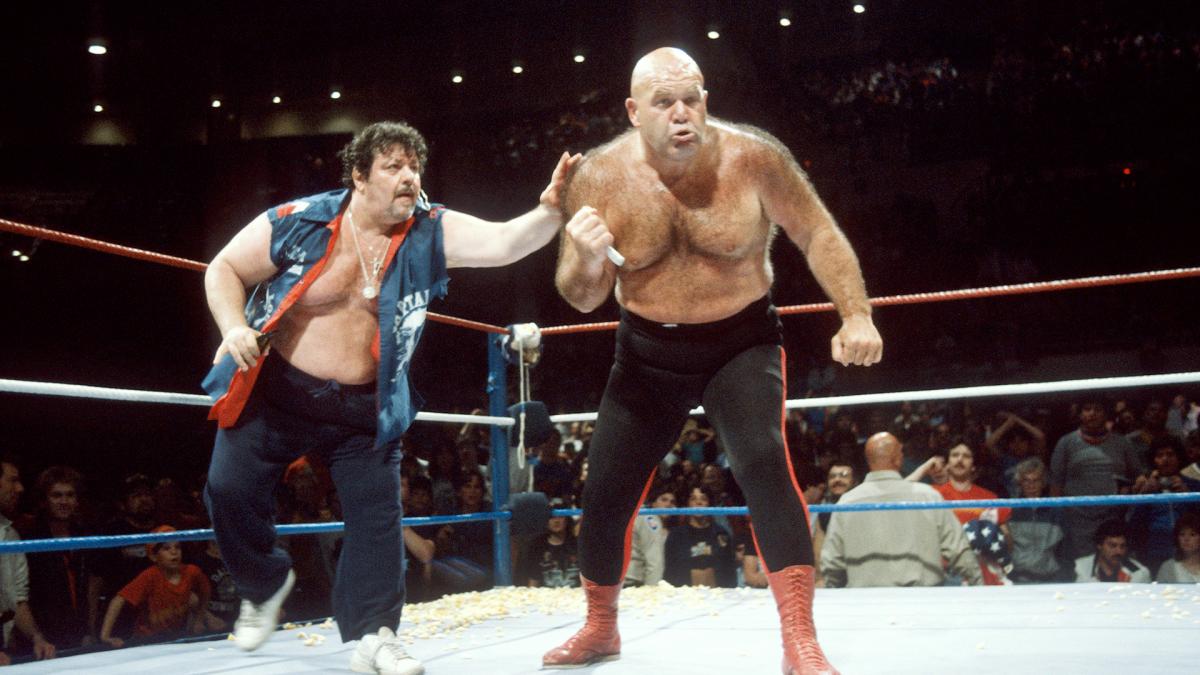 George “the Animal” Steele (aka Jim Myers) Dead at 79

BREAKING: WWE is saddened to learn that WWE Hall of Famer George “The Animal” Steele has passed away at age of 79. https://t.co/TTCUVMDtTU pic.twitter.com/AeEcohPCRe

Steele (whose real name was Jim Myers) was a major star in the 1970’s and 80’s, primarily as a villainous heel before a famous angle in 1986 that saw “the beast fall for the beauty” in the form of Randy “Macho Man” Savage’s valet Mrs. Elizabeth.  The feud would eventually bleed into the semi-main event of Wrestlemania Three when Ricky “The Dragon” Steamboat defeated Savage for the Intercontinental Title (with a little help from Steele) in what many fans still consider one of the greatest professional wrestling matches of all time.

Steele retired from the ring shortly after that memorable match, but horror fans will also remember Steele for his role in Tim Burton’s Ed Wood, where he portrayed fellow wrestler Tor Johnson.

Steele’s turnbuckle eating antics and his affable personality outside of the ring will be missed by fans and fellow wrestlers alike.