“I wouldn’t answer that if I were you.”

With M. Night Shyamalan’s latest horror feature Knock at the Cabin just about a week away from big screens everywhere, the hype is flowing fast and furious. The most recent is a clever TV spot–with NBA star James Harden and coach Doc Rivers–that can be seen below. 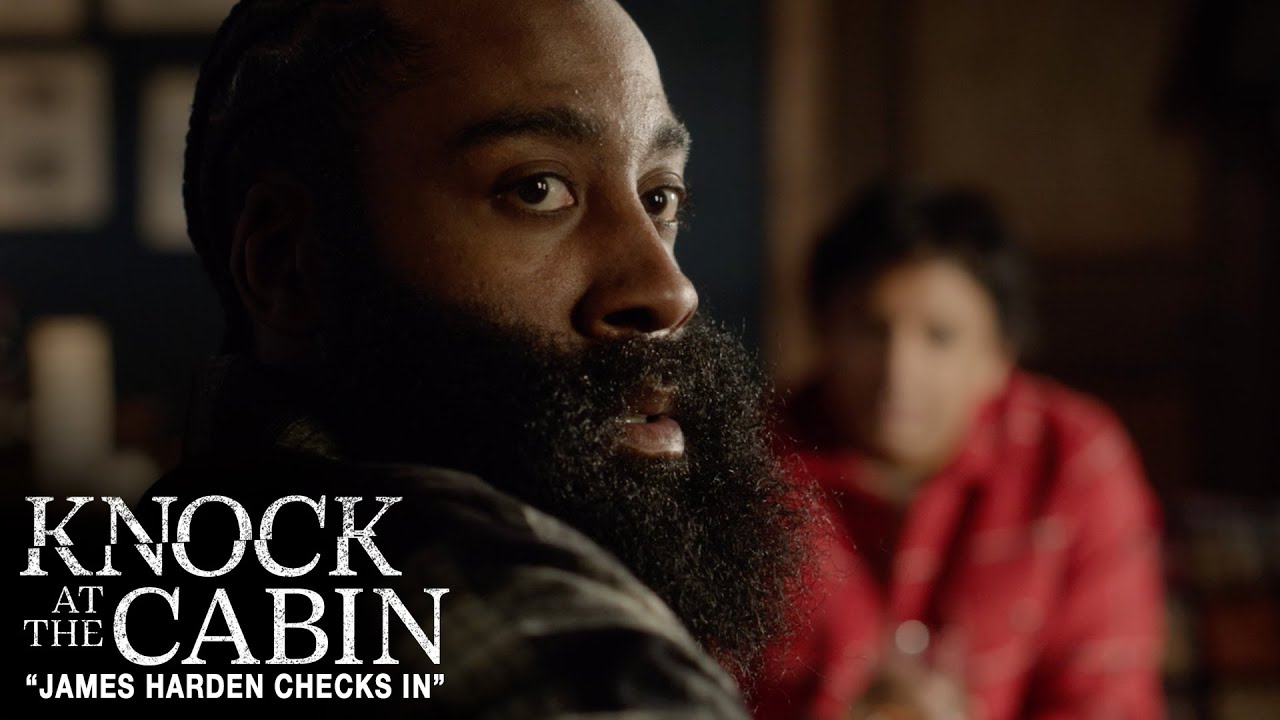 The R-rated film–which hits theaters Feb. 3–is written and directed by Shyamalan and based on Paul Tremblay’s novel The Cabin at the End of the World.

In the movie, a young girl and her parents are getting away from it all at a remote cabin when they’re taken hostage by four armed strangers who demand they “make an unthinkable choice to avert the apocalypse,” according to the synopsis.

The frightened family members–cut off from the rest of the world–are forced to “decide what they believe–before all is lost.”

Keep reading Horror News Network for any further updates on Knock at the Cabin.

Poster Drops For Shyamalan’s ‘Knock At The Cabin’ Feature