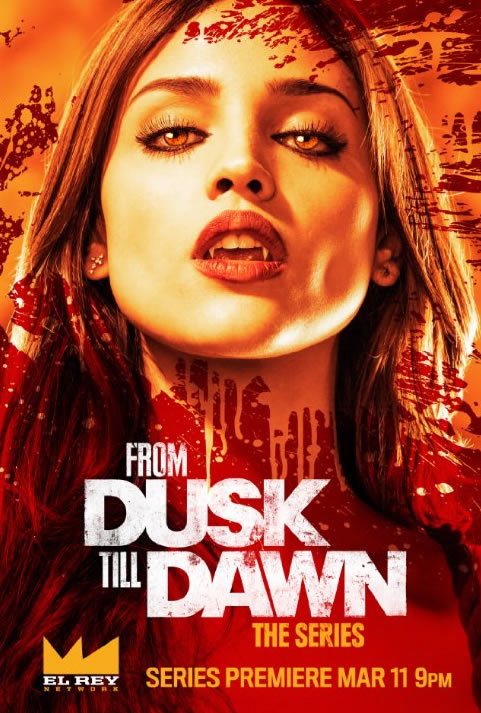 ‘From Dusk Till Dawn’ Renewed For Second Season

Deadline has a report that just two weeks into the series, the El Rey Network has just renewed ‘From Dusk Till Dawn’ for a second season.

From Dusk Till Dawn The Series is described as:
The new horror series expands the stories of the characters in Robert Rodriguez-directed 1996 film of the same name, including Seth Gecko (D.J. Cotrona), his brother Richie (Zane Holtz), Jacob Fuller (Robert Patrick), and Santanico Pandemonium (Eiza Gonzalez).