Prey for the Devil–a new genre pic from Lionsgate–lands in theaters this Friday, Oct. 28, and one last clip has dropped to tease the demonic horrors that await the first female exorcist in centuries. Check out the brief video–courtesy of Screen Rant–on this page. 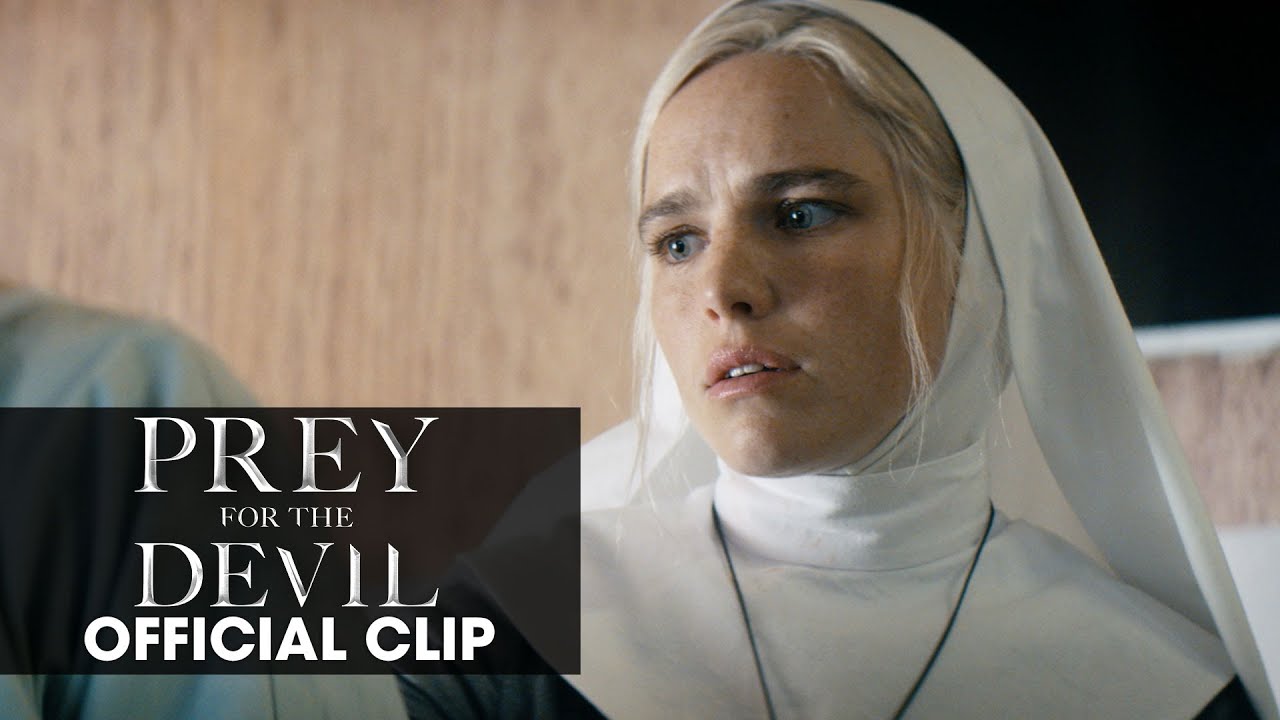 In the teaser, Sister Ann (Jacqueline Byers) is trapped with a patient who is obviously possessed, and who turns his rage on the nun in a heartbeat. The Devil is dead serious, and he wants Sister Ann–body and soul.

In the film, the Catholic Church has reopened exorcism schools to train priests, but an unlikely candidate shows up: a young nun, Sister Ann. Nuns are not permitted to perform exorcisms, but a professor (Salmon) recognizes Sister Ann’s gifts and agrees to train her.

Thrust into the fight alongside Fr. Dante (Navarro), Sister Ann finds herself in “a battle for the soul of a young girl–and soon realizes the Devil has her right where he wants her–and he wants in,” according to the synopsis.

Keep reading Horror News Network for any last-minute updates on Prey for the Devil.