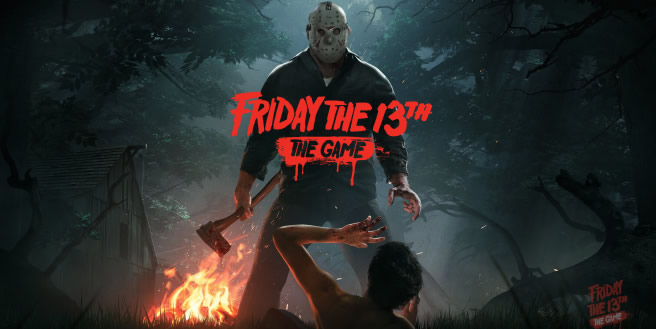 A handful of players roamed the woods in search of escape routes as Jason is seen looming. The slasher icon appears a few times during the demo, and fans can also hear that signature Harry Manfredini sound of ‘ki , ki,  ki, ma, ma, ma‘.  From the looks of it, the game plays much like the movie, and a traditional survival horror game.

Friday the 13th The Game is set to be released in 2017 on PS4, Xbox One and Steam.  The first release will be multiplayer, while the second release will be for single player.